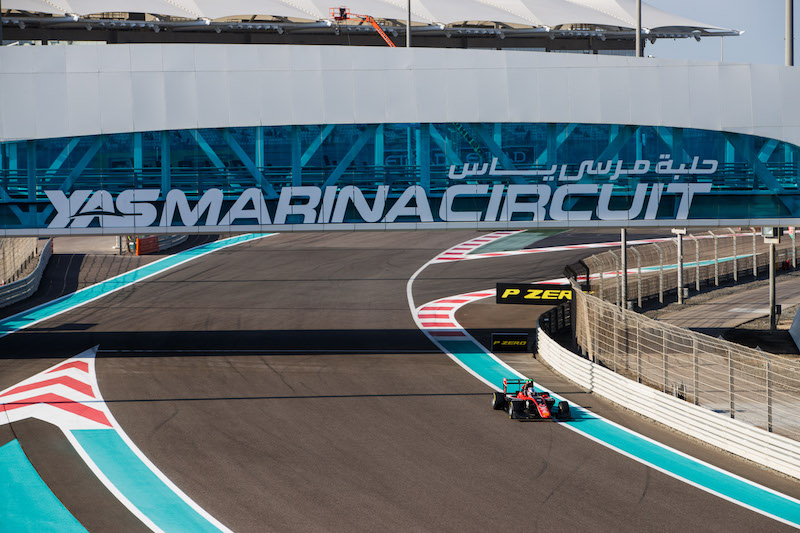 Although last weekend’s season-ending GP3 races were the last ever in the category, this week’s test presents an opportunity for drivers and teams to begin preparations for the FIA Formula 3 Championship, which replaces GP3 on the Formula 1 support bill in 2019.

One of the new teams accepted into the F3 series, Charouz Racing System, will take part in the test with the GP3 cars of Arden, which will not continue into the new championship.

One of its drivers will be Ferrari protege Armstrong, who has been linked to stepping up to the new series with Prema next year. He is joined in the Charouz line-up on Thursday by Fabio Scherer, who raced for Motopark in European F3 this year, and Lirim Zendeli, who won the ADAC Formula 4 title for the Charouz-affiliated US Racing squad.

ART has been linked to running Drugovich as well as Renault juniors and Eurocup rivals Fewtrell and Christian Lundgaard in F3 next year, and all three will test for the team. Joining them at the French squad on Thursday is David Beckmann, who beat ART to take three GP3 wins for Trident this year.

Another top Eurocup graduate Logan Sargeant will do the test for MP Motorsport, together with European F3 regular Jehan Daruvala – who raced for the team last weekend – and Euroformula Open runner-up Bent Viscaal, who previously raced for MP in F4.

Niko Kari, who raced GP3 and then F2 for MP this year, will step back down to GP3 on Thursday to test with Trident. He’s joined by another former MP man Devlin DeFrancesco, Eurocup racer Oscar Piastri and Prema F4 driver Olli Caldwell.

BRDC British F3 champion Linus Lundqvist will drive for Campos on the opening two days of the test. Alongside him on the first day will be Monaco Eurocup winner Alex Peroni and another member of the Motopark F3 squad, Sebastian Fernandez.

Yuki Tsunoda, announced this week as the first driver for the 2019 FIA F3 grid, will test with his new Jenzer Motorsport team alongside two drivers already known to the outfit: Jannes Fittje, who raced with the team from mid-season, and Ben Hingeley, who took part in the same test with Jenzer a year ago before racing in European F3 for Hitech.