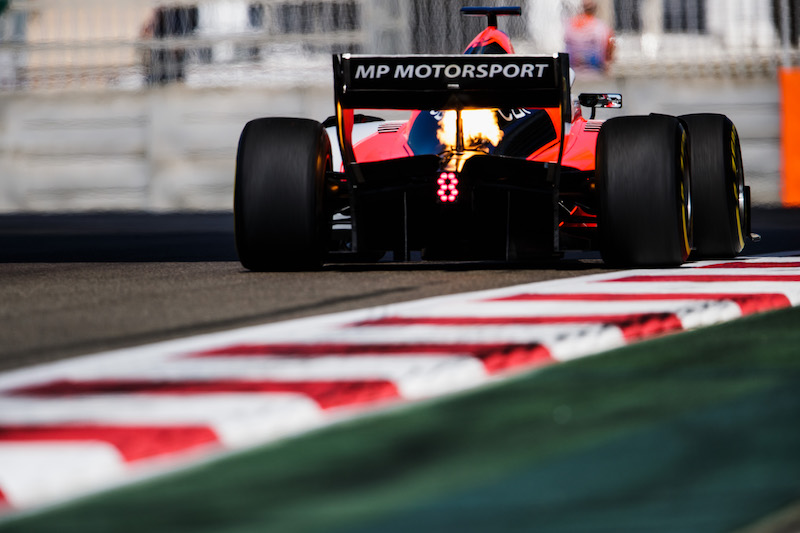 GP3 champion Anthoine Hubert will be among the drivers taking part in this week’s Formula 2 post-season test in Abu Dhabi.

Hubert will run for MP Motorsport on all three days of the test as the Renault Sport Academy affiliated driver gets his first taste of F2 machinery.

His closest rival Nikita Mazepin has already concluded a deal to step up to F2 with ART Grand Prix and will test alongside his new team-mate Nyck de Vries.

Ferrari junior Callum Ilott, who came third in GP3, will test for Charouz on Thursday alongside fellow graduate Tatiana Calderon, who links up with the Czech squad through its new tie-in with the Sauber Formula 1 team for which she is a development driver.

Fourth-placed GP3 racer Leonardo Pulcini will test on day one with Trident, which also gives a debut F2 run to its GP3 graduate Ryan Tveter. Juan Manuel Correa steps up to join Hubert at MP.

Aron will test on Thursday for Campos Racing alongside Motopark F3 racer Marino Sato, who is also set to turn out for Arden later in the week.

Zhou will drive for the Russian Time entry, which is set to continue operating in 2019 through the Virtuosi Racing outfit, after Artem Markelov concluded his five-year stint in the series last weekend. Veteran Luca Ghiotto, a former Russian Time driver, returns to the team alongside Zhou for the test.

As revealed on Monday, Sergio Sette Camara switches to DAMS for the full test alongside Nicholas Latifi. Another F2 podium finisher Louis Deletraz will test for Carlin next to the returning Nobuharu Matsushita, who has already been confirmed with the British squad for 2019.

Ralph Boschung, who parted company with MP Motorsport in the summer, will test for Arden on Thursday alongside World Endurance Championship star Thomas Laurent.

Renault F1 reserve Jack Aitken has revealed that he will test for Charouz and Campos on Friday and Saturday.