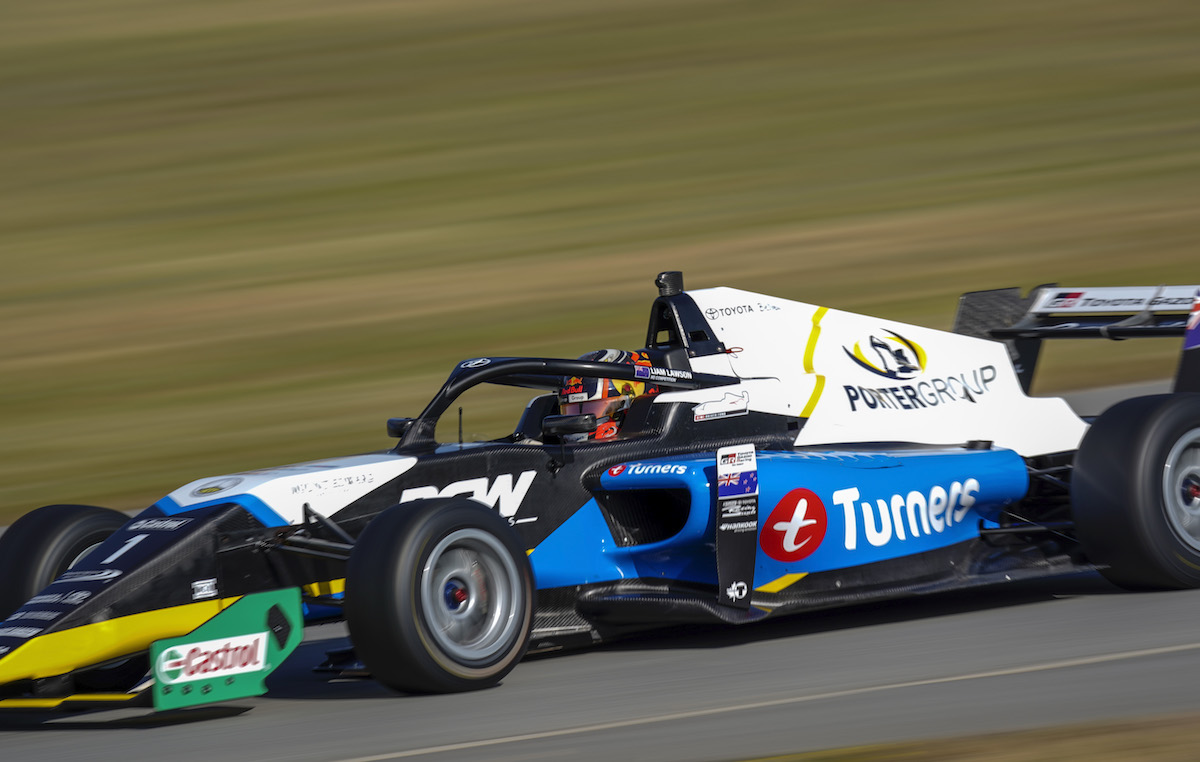 Lawson’s benchmark time came in the first of two 20-minute sessions on Thursday morning, usually reserved for series newcomers but on this occasion providing the drivers with their first taste of the new FT-60 cars.

With the 20-car field split into two for those initial sessions, M2 Competition’s Lawson posted a 1m28.938s to top the first group.

Gregoire Saucy was second in that session and overall for Giles Motorsport, 0.34 seconds behind, with Igor Fraga third for M2, while Caio Collet topped the second group with the fourth best time of the morning.

Two further 40-minute sessions were run for all drivers later on, with Lirim Zendeli topping the first for Giles with a best lap of 1m30.100s, 0.127s in front of Fraga.

Lawson bettered that to lead the final session with a time of 1m29.441s, with Fraga again second best, 0.459s adrift.

MTEC Motorsport entry Collet ended the day fourth fastest ahead of Zendeli and Yuki Tsunoda, who just edged out a strong morning effort from Oliver Rasmussen to go sixth.