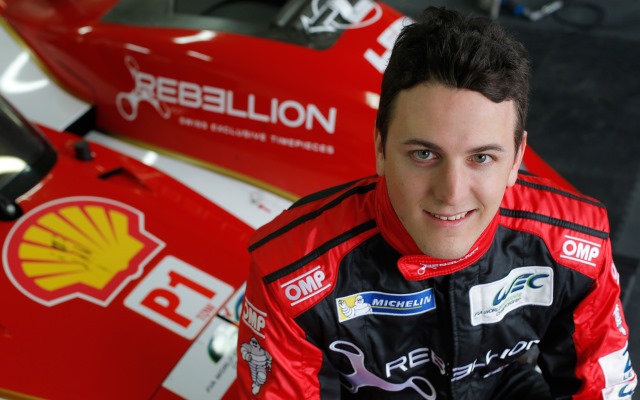 GP2 champion Fabio Leimer will move into sportscar racing this year after completing a deal with Rebellion Racing.

The Swiss driver joins the team, who compete with factory squads from Audi, Toyota and Porsche in the LMP1 category of the FIA World Endurance Championship, after testing at Paul Ricard last week.

“I’m really happy to be part of the Rebellion Racing team,” said Leimer. “As a Swiss driver, I’m proud to be involved in a Swiss team. I can’t wait to race in the FIA WEC and Le Mans 24 Hours. I’m open to learn everything that will help me to be at my best in endurance racing.”

Team manager Bart Hayden added: “We had a number of options for high profile drivers to join our team for this season but as a Swiss team, we try to give Swiss drivers opportunities to develop their careers. Fabio Leimer was looking for a new challenge and he has shown that he is quick in single seaters.

“We wanted to test him with the Lola-Toyota LM P1 to evaluate his ability in driving a prototype. The test was very positive on the driving side and the feedback with the engineers, so I?m happy to say that we have agreed a contract for the season. He is highly motivated, enthusiastic and very happy to be part of Rebellion Racing. We are pleased to welcome Fabio to the team and are looking forward to the start of the season in a few weeks with the 6 hours of Silverstone, the opening round of the 2014 FIA World Endurance Championship.?

After dominating the final season of the International Formula Master series in 2009, Leimer then spent the following four seasons in GP2, culminating in his title success last year. He made a single Formula 1 testing appearance for Sauber in Abu Dhabi at the end of 2011.

The two drivers who finished directly behind Leimer in last year’s GP2 standings – Sam Bird and James Calado – will also race in the WEC for AF Corse in Ferrari GT cars.

The news that the GP2 champion has moved into endurance racing – along with the second and third-placed drivers from last season – will no doubt be met with some consternation. But really, it’s the perfect move for Leimer.

Being a GP2 champion does not, and should not, give you an automatic free pass to race in Formula 1. Leimer took four years to claim the GP2 title, and was not massively convincing when he did – unlike, say, Pastor Maldonado was in 2010.

To be fair to him, he probably would have won more races in 2013 if it wasn’t for other drivers running a prime-prime tyre strategy in feature races because they were in a position to sacrifice their sprint races (a practice that has now been outlawed). Leimer needed to bank points in all races, so only won the title after a string of fourth and third place finishes.

But, like Davide Valsecchi before him, he would have been struggling to earn an F1 seat on merit, even ignoring the part that money plays. Yes, he probably deserves an F1 chance more than Marcus Ericsson, but he was unlikely to ever be a long-term star.

Leimer is a perfect fit for the Rebellion LMP1 programme, and not just because he’s Swiss. He’s very quick, obviously, but also very consistent and a clean racer. He should be a great replacement for compatriot Neel Jani, who has been recruited for Porsche’s new LMP1 project, and he may have the ability to make a similar impression.