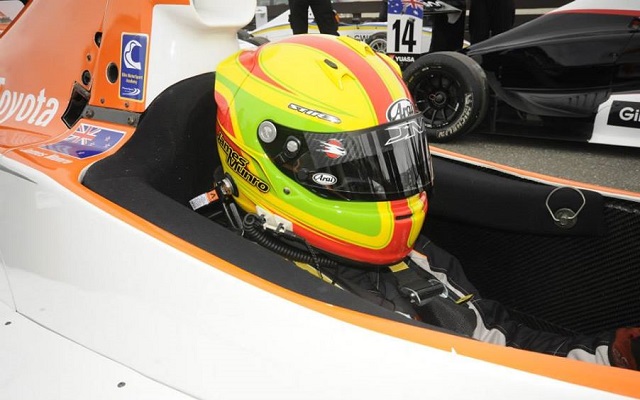 Munro, 17, began his career in competitive karting in 2009. He finished third overall in the 2011 New Zealand Rotax Max Junior Class, and was fourth the following year in the Kartsport NZ Sprint championship. In 2013, he moved up to cars, and enjoyed a dominant season in the New Zealand Formula Ford championship, winning ten out of 15 races on his way to the title.

In the off-season of 2014, Munro participated in the New Zealand-based Toyota Racing Series and enjoyed a strong season despite the presence of several experienced international drivers, as the Kiwi took a win and a third place at the Timaru round en route to finishing seventh overall.

“I’m looking forward to working with KCMG this season”, Munro said. “I tested with the team in March and I was impressed with how the team ran. By the end of the test, the car was also to my liking. We will be aiming to win the championship together this year and I think this is the right team to do it with.”

“I’ve never raced in a championship outside of my native New Zealand, so I’m really looking forward to racing against different people and different tracks, especially the two grand-prix circuits we will visit.”

“We are pleased to welcome James to the team and we?re looking forward to working with him and Matthew this season in Formula Masters”, said KCMG deputy managing director John O’Hara. “James had a very strong test at Zhuhai last month and we expect him to fight at the front. We have a very formidable line up this season and our goal is to win the Formula Masters crown.”