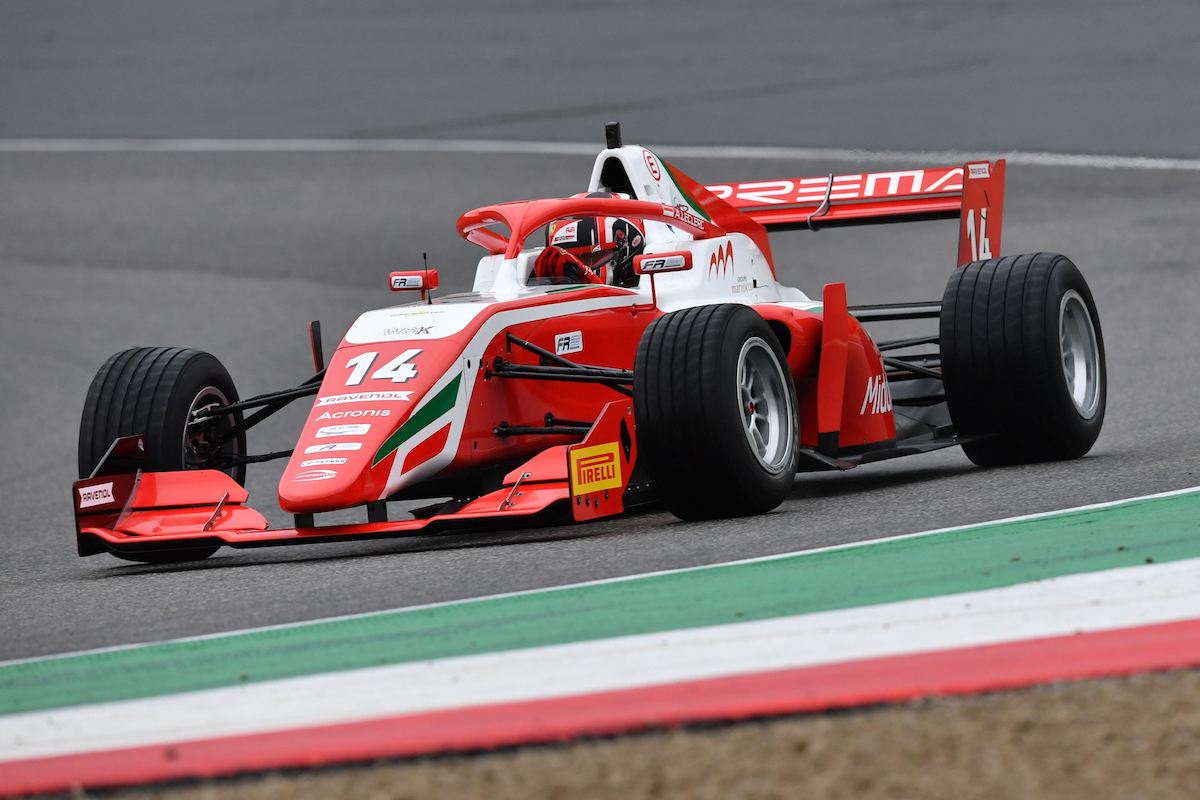 The race started behind the safety car with Leclerc in fourth place behind pole-sitting Prema team-mate Oliver Rasmussen and the KIC Motorsport duo of Juri Vips and Konsta Lappalainen.

Leclerc managed to overtake both KIC cars during the first lap of racing and spent the second one all over the rear of Rasmussen for the lead.

He then made a spectacular overtake on Rasmussen on lap three of racing, getting the switchback through Savelli and driving around the outside of the first Arrabbiata.

It emerged afterwards that that move came under a yellow flag – deployed after Andrea Cola went off into the gravel – and Leclerc was handed a 10-second penalty as result.

By that point he was already 10 seconds clear on track of Rasmussen, and he doubled that gap over the 10 minutes of racing that returned.

He acknowledged the infraction in his post-race interview, saying: “I just want to apologise because I didn’t see the yellow flag at all, that’s my bad.”

A safety car could have wrecked Leclerc’s race when Emidio Pesce spun into the gravel at the final corner, but race directors chose to cover that too with yellow flags only.

Vips finished second on his return to the championship, getting by Rasmussen around the outside of the first corner with seven minutes remaining.