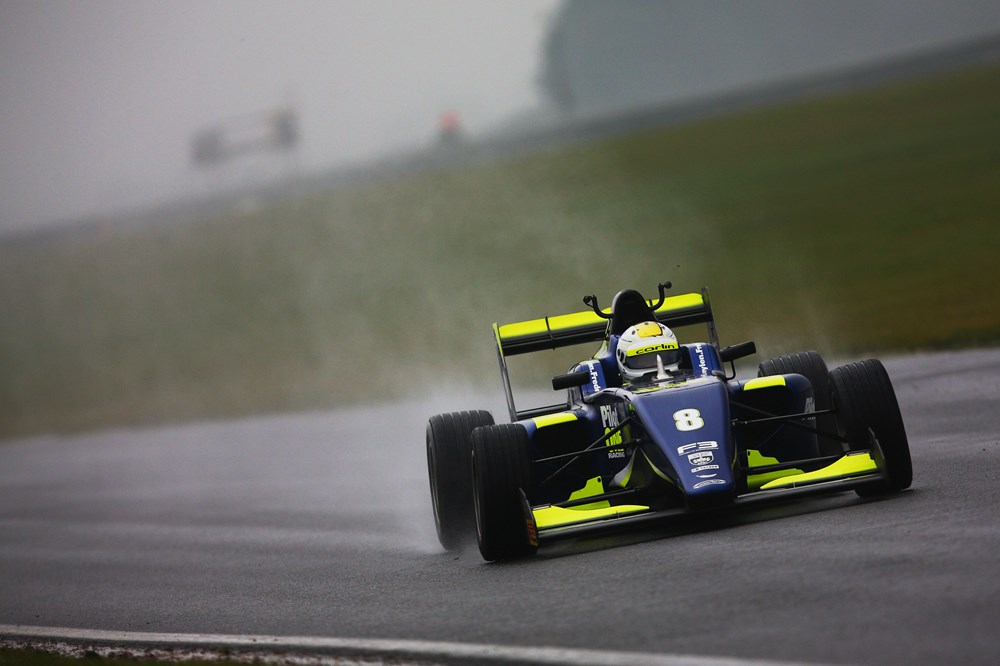 The chequered flag was erroneously thrown early in the qualifying session, but the 20-minute time continued to elapse as it was quickly rescinded. However, the officials deemed later deemed it to be the conclusion of the session.

Despite that, Foster held onto pole position ahead of Frederick. Double R’s Benjamin Pedersen was the main beneficiary for the first race, jumping up to third on the grid.

Frederick got the job effectively done on the start, getting ahead of Foster right away in the wet 10-lap race.

From there, he was able to open up a gap of around five seconds before taking things easier. Foster, meanwhile, put in a run of fastest laps to try and close the gap but was still a few seconds behind.

Some way back, but rounding out the podium, was Carlin’s Nazim Azman. The Malaysian benefitted from a poor opening lap for Hillspeed’s Sasakorn Chaimongkol – in which the Thai driver dropped well down the order – and for Pedersen getting rear-ended by Lanan Racing’s Josh Mason.

Azman was able to maintain a gap to Hillspeed’s Oliver Clarke and Douglas Motorsport’s Ulysse de Pauw in the battle for the final podium spot.

Behind was de Paew’s team-mate Manaf Hijjawi, who had a relatively lonely race.

Chris Dittmann Racing’s Josh Skelton was initially in that scrap after a good opening lap, but a mistake at Turn 5 dropped him back to a distant seventh.

Another driver who made a brilliant start was Lanan’s Bart Horsten, who started at the back due to the qualifying amendment but gained eight places on lap one and a further two throughout the race to finish eighth.

Hitech GP’s Reece Ushijima and Chaimongkol rounded out the top 10, while championship leader Kush Maini slipped down to 11th during the race.