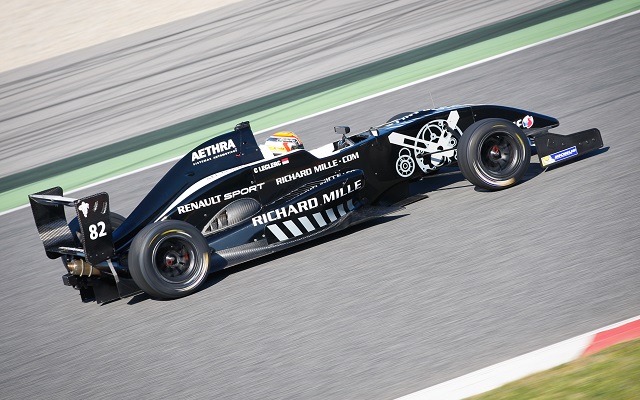 Fortec Motorsport’s Alps signing Charles Leclerc continued to impress on his debut test in the Eurocup Formula Renault pre-season, topping the timesheets in the morning session of day two at Catalunya.

Leclerc took over at the top from Fortec teammate Matt Parry an hour in and would retain first for the remainder of the session as track activity wound down in its second half.

With Leclerc and Parry locking out the top two, it was Bruno Bonifacio who settled into third, leading day one pacesetter Beitske Visser and Tech 1’s Egor Orudzhev.

Visser maintains lead to top day one of Catalunya test