Visser maintains lead to top day one of Catalunya test 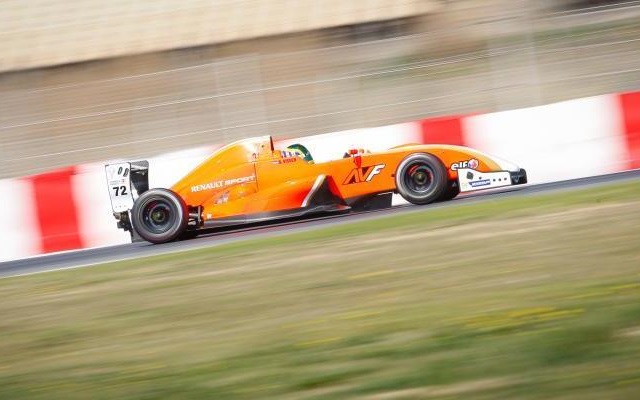 Having topped the running in the morning session, Beitske Visser continued to set the pace in the Formula Renault Eurocup test at Catalunya by improving her benchmark time by 0.7s in the afternoon.

In the beginning of afternoon practice, it was Anthoine Hubert who took the initiative to get into first. He wouldn’t stay there for long, though, as Bruno Bonifacio soon went fastest, going on to lead much of the session.

However, there was a flurry of activity in the final minutes of the session and the Brazilian wound up settling for tenth, while Visser managed a last-gasp lap to top the timesheets.

The Dutch racer, who is yet to reveal her 2014 plans, was followed by Caterham-backed Matt Parry and Swiss driver Kevin Jorg.

Monegasque karting graduate Charles Leclerc continued to run at the front in fourth, with Egor Orudzhev,?the top rookie of the 2013 season, finishing fifth.