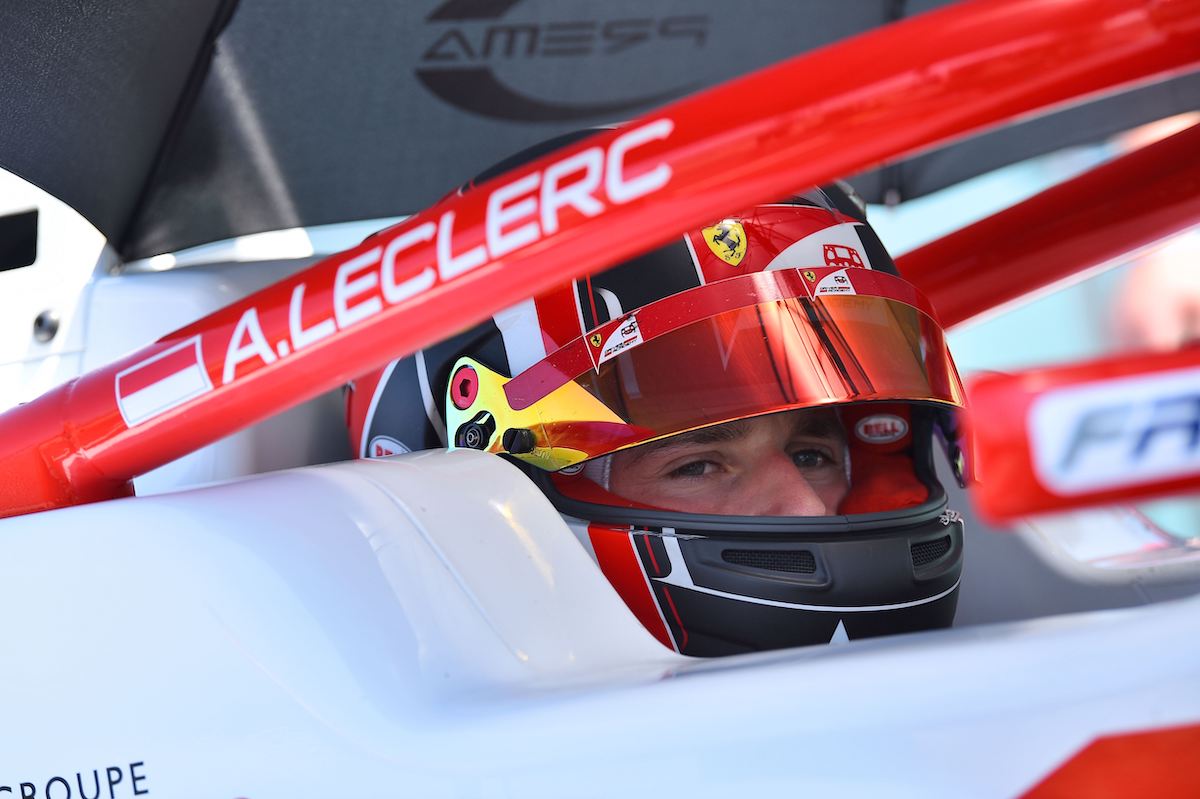 Prema will run Arthur Leclerc, Dennis Hauger, David Schumacher and Roman Stanek in the first of the two post-season FIA Formula 3 tests at Barcelona next week.

Leclerc and Hauger will drive with the team on both days of test, while the third car will be piloted by Schumacher on the Monday and Stanek on the Tuesday.

The only one of the quartet without previous experience in the championship is Leclerc, the younger brother of Ferrari Formula 1 driver Charles and himself a member of the Ferrari Driver Academy.

He is racing with Prema in the Formula Regional European Championship this year, currently occupying second in the standings behind team-mate and fellow Ferrari junior Gianluca Petecof going into this weekend’s fourth round at Mugello.

“I’m delighted to take part in the FIA F3 test in Barcelona with Prema,” Leclerc said.

“The team did an incredible job this year. It will be a new car and a new track to discover for me, so the ability to adapt will be important over the two days.”

The other three drivers all contested the full FIA F3 season this year, Hauger the best-placed of them in the final championship standings in 17th place.

Having won the Italian Formula 4 title in 2019, the Red Bull junior stepped up to F3 with Hitech GP and scored his only points at the Hungaroring – finishing third in the second race of the weekend.

Stanek had been due to race alongside Leclerc in Prema’s FRegional line-up this year before making a late switch to compete in FIA F3 with Charouz. He scored his only points with an eighth-place finish in race two at Monza.

Schumacher, a race-winner in FRegional Europe in 2019, didn’t score a point in his FIA F3 campaign, in which he switched from Charouz to Carlin with two-thirds of the season complete.

Prema has dominated the FIA F3 Championship since its introduction last season, locking out the top three places in the drivers’ standings in 2019 and also taking Oscar Piastri to the 2020 title.

In addition to the Barcelona test, a further two days of post-season running will be held at Jerez on October 27-28.

Ye sets pace in first ever Euroformula session at Mugello