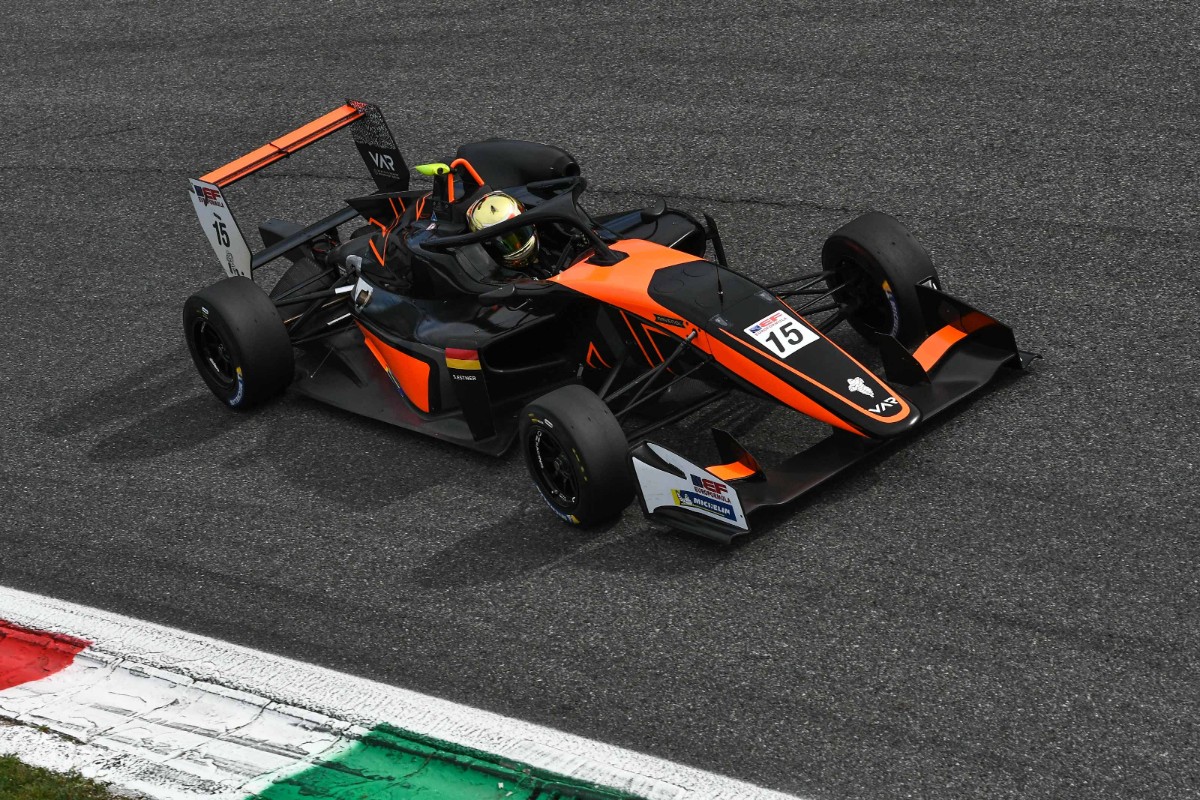 The Italian circuit is part of the series calendar for the first time, and Friday’s two practice sessions were the first time the drivers saw the track.

There was an improvement of around half a second between FP1 and FP2, with Estner putting in two late flying laps to break the 1m37s barrier for the first time with his session-topping effort.

That put him ahead of single-seater returnee Ben Barnicoat, who has joined Carlin’s line-up for this weekend to aid its knowledge building of the new Dallara 320 car that series uses.

Dunner’s points-leading team-mate Yifei Ye only improved on his session-topping FP1 lap by 0.094s and ended up fifth fastest.

Barnicoat’s team-mates Ido Cohen and Zane Maloney looked like they were already benefitting from Barnicoat’s presence, but they didn’t improve at the very end of free practice and ended up sixth and seventh fastest, with Motopark’s Manuel Maldonado recovering from a tricky FP1 to be 0.001s behind Maloney in eighth.

Drivex School’s Glenn van Berlo topped the times before many drivers set personal bests in the final two minutes, and he ended up being shuffled down to ninth and almost three quarters of a second off the pace.

Propping up the 13-car order, as Double R Racing’s Ayrton Simmons was absent due to budget issues, was Motopark’s Cameron Das. The American only recorded four flying laps, and was over three seconds slower than Estner as a result.