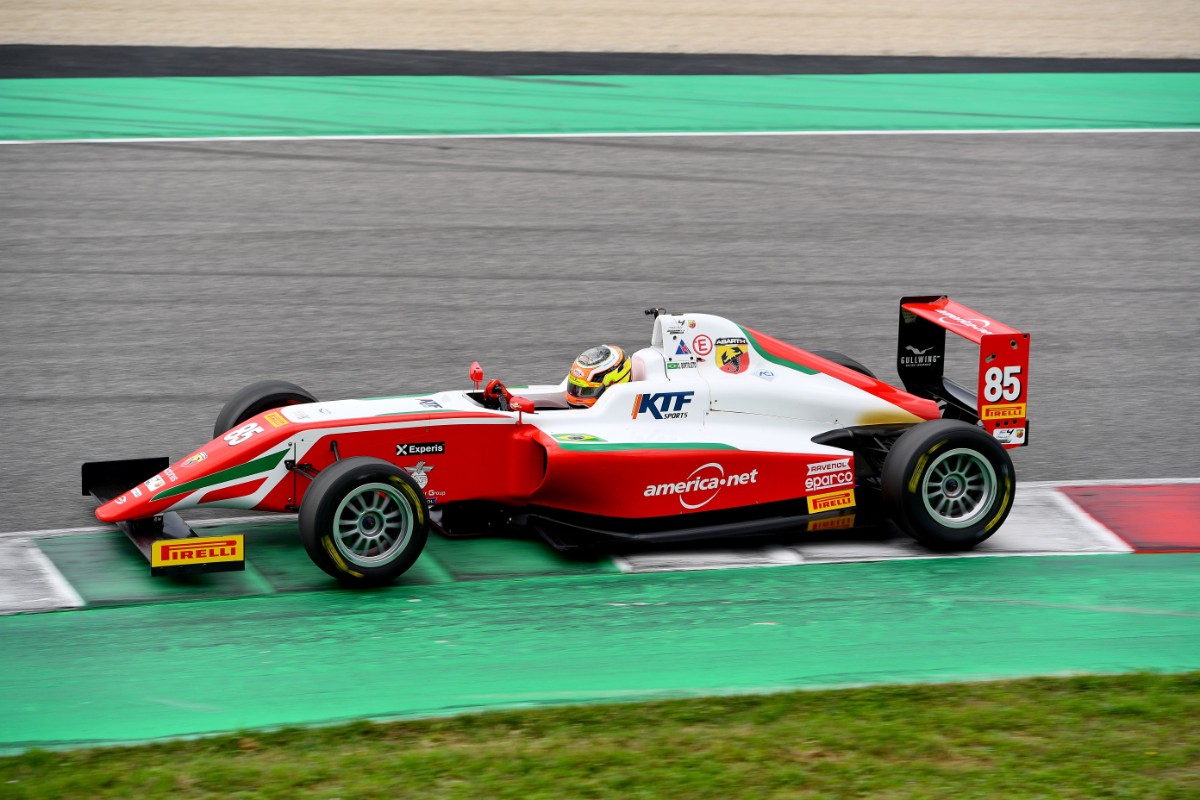 Prema’s Gabriel Bortoleto and Gabriele Mini laid down the pace in free practice for the Italian Formula 4 round at Mugello.

Mini was fastest in the morning session by 0.159s over Red Bull junior Jonny Edgar, who got even closer to the pace in FP2 in the afternoon. The Van Amersfoort Racing was just 0.026s slower than Mini in FP2, but Bortoleto was 0.014s faster than his team-mate to end the day as the driver to beat going into qualifying.

Jesse Salmenautio was third in FP1, but he and his Bhaitech team-mates made changes that didn’t work their way in the afternoon and they ended up going slower, as did debuting Nico Rosberg protege Taylor Barnard at AKM Motorsport.

Salmenautio and Barnard ended up being shuffled down to 11th and 15th respectively, while Prema’s Dino Beganovic and Sebastian Montoya found the same gains as their Prema team-mates later in the day and rose up to fourth and sixth, sandwiching VAR’s Francesco Pizzi between them.

VAR’s other drivers had a less-than-successful day of running, with Red Bull junior Jak Crawford, Bence Valint and Cenyu Han all outside of the top 20 in the combined classification.