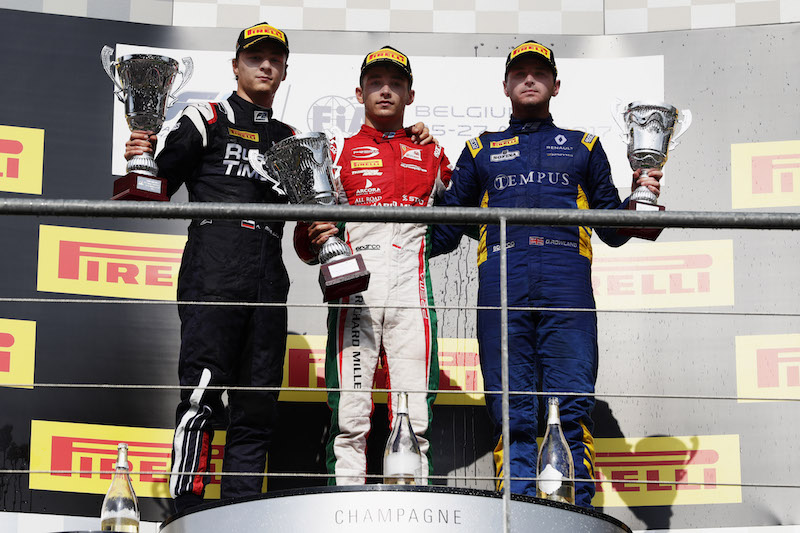 Charles Leclerc has had his dominant Formula 2 feature race win taken away after his car failed scruitineering, with Artem Markelov inheriting victory as Oliver Rowland was also excluded.

Leclerc, who finished 26 seconds clear of second-placed Markelov, and third-place finisher Rowland were disqualified after the under-floor planks on their cars were found to have excessive wear.

Championship leader Leclerc’s Prema team released a statement in which it said had decided not to appeal the decision.

“In addition to being minimal (less than 0.2 millimetres on one of the seven holes of measurement) the damage was accidental and accentuated by the characteristics of the Belgian circuit,” said the Italian squad.

“Prema, of course, regrets the incident and assumes the responsibility of the events that deprived Charles Leclerc of a clear victory on track.”

Separately, both Markelov and Rowland were handed five-second penalties over their clash on the run to finish line: Rowland for forcing a rival off track and Markelov for exceeding track limits and gaining an advantage.

Markelov still picks up the win in a Russian Time one-two ahead of Luca Ghiotto, who he originally beat to the line by 5.985 seconds.

Norman Nato gets eighth and reversed-grid pole behind Roberto Merhi.