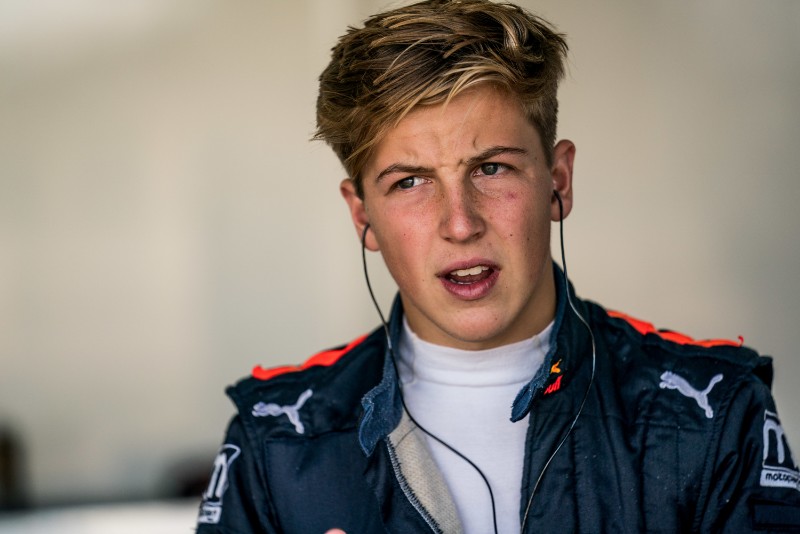 Liam Lawson beat fellow Red Bull junior Yuki Tsunoda to victory in the final Euroformula Open race of the season at Monza, and the last for the Dallara F317 car.

Motopark driver Lawson secured second in the overall standings and the rookie title with his win, after Teo Martin Motorsport’s Lukas Dunner only scored a few points once again.

Poleman Teppei Natori led the first couple of laps for Carlin, eventually conceding the lead to an overtake by Lawson at the first chicane. Having spread out early on, the front cars then bunched up again after that, with Natori’s Christian Hahn and Motopark?s Marino Sato and Tsunoda getting involved.

Sato attacked Natori for second place for some time, but Hahn looked to be faster and he then took over third place. Tsunoda, from 10th on the grid, was even faster and he soon moved into the podium places and started pressuring the leaders.

He passed Natori and then made it around the outside of team-mate Lawson at the second chicane not long after, but didn’t have an opportunity to pull away as the safety car was called out.

Hahn had gone wide at Lesmo 2 and returned to the circuit in the path of Double R’s Jack Doohan, who was pitched sideways then into a roll after his car dug into the grass. Both drivers emerged unscathed, although Doohan appeared heavily winded.

Only two laps remained when racing resumed, with Billy Monger tapping Carlin team-mate Nicolai Kjaergaard out of the race shortly before the safety car headed to the pits. .

Lawson took the lead at the restart, then fended off attacks from Tsunoda to take victory. Double R?s Linus Lundqvist almost passed Natori for third at the start of the last lap, but had to settle for fourth and admit defeat to Lawson in their rookie title fight.