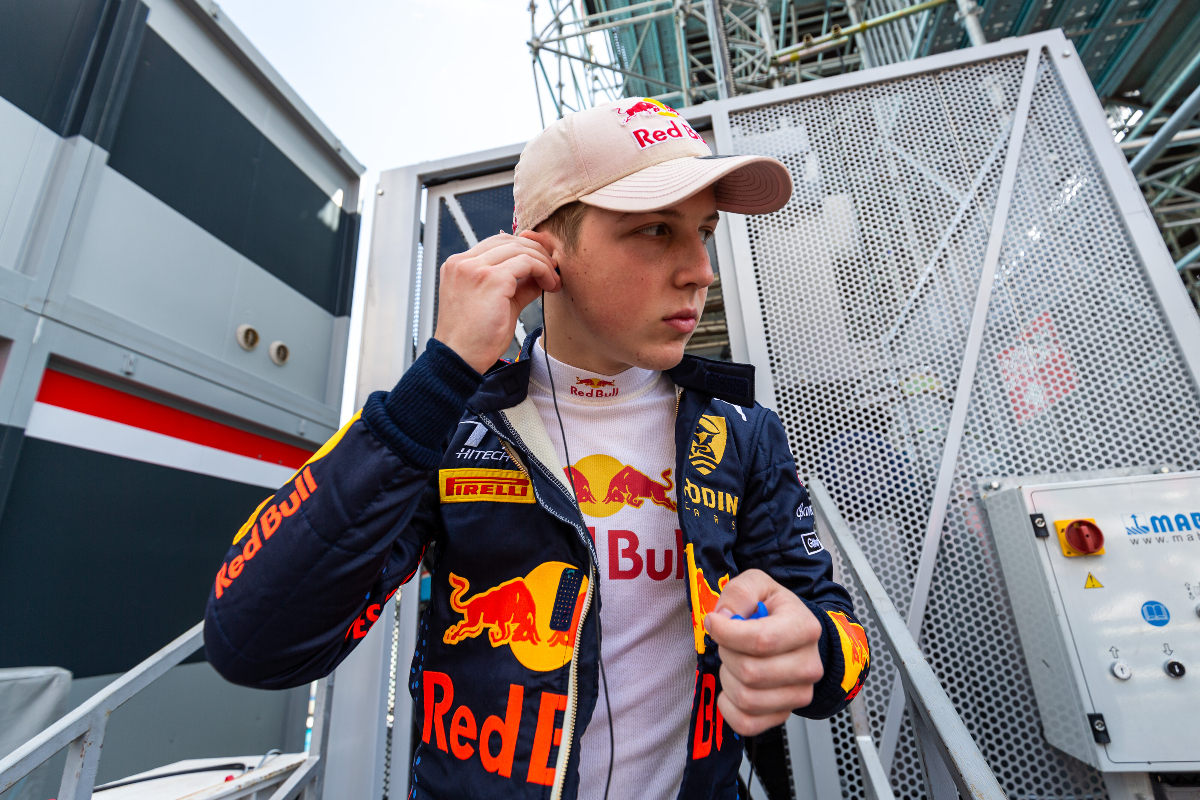 It was a relatively mixed order in qualifying, with championship leader Guanyu Zhou struggling to get on the pace and his Virtuosi Racing team-mate Felipe Drugovich finishing outside the top 10.

Prema’s Robert Shwartzman was the driver who ended up 10th fastest, 0.944 seconds off Lawson’s pole time, meaning he will start from pole for the first of the reversed grid sprint races on Saturday.

The sole DAMS car of Marcus Armstrong set the pace after the first round of laps with a 1m55.057s, ahead of ART Grand Prix duo Christian Lundgaard and Theo Pourchaire. Lawson and Vips were stuck down in fifth and sixth, but both would find improvements in later runs.

Lawson jumped to the top of the times midway through the session with Vips just 0.023s behind, and further lowered the benchmark to 1m54.217s by the chequered flag. Vips couldn’t improve on his final lap, ending the session 0.138s behind his team-mate.

Armstrong and Lundgaard couldn’t match the Hitech duo’s rate of improvement. Armstrong ended the session sixth, while an off for Lundgaard forced him to take to the escape road and ruined his final flying lap. He ended up outside of the top 10.

Zhou also had a disappointing session. He spent the first half of qualifying outside the top 10 before jumping up to eighth late on. Oscar Piastri, the closest driver to Zhou in the title fight, qualified third ahead of Pourchaire and Carlin’s Dan Ticktum.