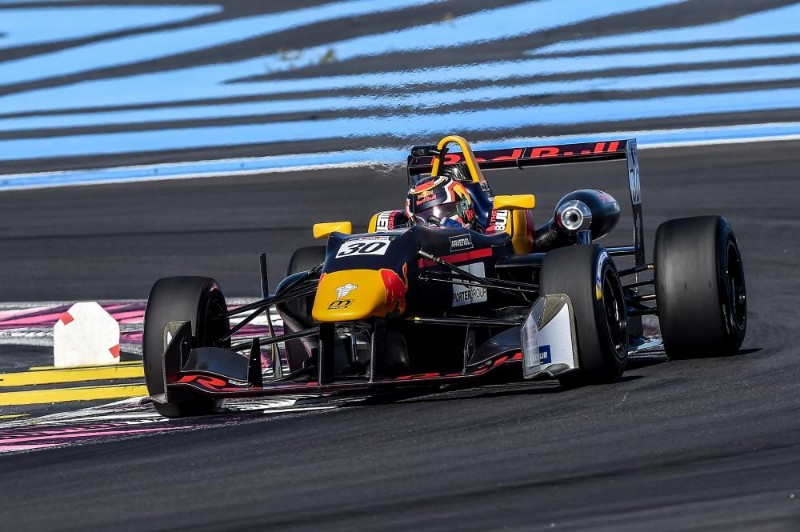 Red Bull junior Lawson set an early benchmark that went unbeaten until the final eight minutes of the session, at which point former European F3 racer Sato came into the fore.

The two swapped first place before Sato cemented himself at the top in the last minute. Lawson had timed his last lap perfectly though, being one of the last to cross the line before the chequered flag fell and giving him clear track to have one more attempt at pole.

He beat his Japanese team-mate by 0.351 seconds with his late effort, with Teo Martin Motorsport’s Guilherme Samaia jumping to fourth with a similarly late lap behind Lawson’s team-mate and fellow Red Bull junior Tsunoda.

Julian Hanses – another former European F3 driver – was the slowest of the Motopark quartet in fifth, while sixth placed Lukas Dunner (Teo Martin) was the last driver within a second of Lawson.

After qualifying issues on Saturday, Double R Racing struck back with seventh place for Linus Lundqvist, beating Carlin duo Christian Hahn and Teppei Natori and Aldo Festante, who had most of his laps disallowed for track limits infringements at Turn 6.