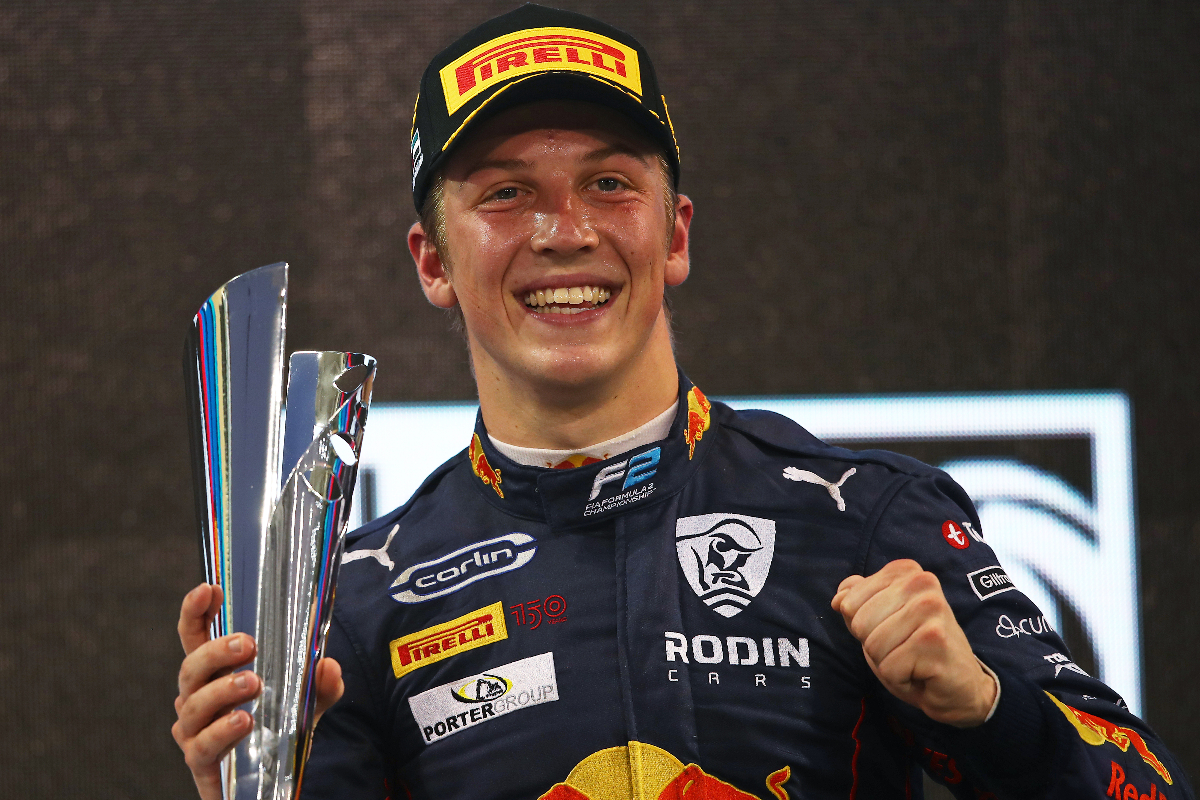 Victory and a third place in the Abu Dhabi season finale lifted Liam Lawson to third in the Formula 2 standings, but the Kiwi was not satisfied with his season.

Expectations were high for Lawson, who moved to Carlin for his second season. A strong pre-season test at Bahrain and three podiums out of the first three races tipped him as a title contender. Unfortunately, a loose wheel cut said streak in Saudi Arabia’s feature race, and the momentum faded away.

Despite being far from fighting for the title, Lawson still claimed four sprint race wins and six further podiums. Although that was not enough for the Red Bull junior.

“The free practice session was a great experience for me. The car was unbelievable to drive. We had a nice session sort of planned out, getting to do a hard tyre run and a soft tyre run at the end. I loved that experience,” he beamed.

“In terms of where we are in the championship this weekend, how I feel about the standings, it’s not too much pressure, I’m pretty relaxed about where we are at. It would be nice to finish strong and finish as high as possible in the standings. But as I said before, obviously third was not the target at the start of the year, so we really missed that one.”

He added: “I would say there’s a few guys that are maybe in similar positions to me where we felt like we’ve had good speed, but just it’s quite hard in F2 to have consistent weekends and to have a run of good weekends. And I think that’s really cost us this year.

“We had a good start to the season, started pretty consistent, felt really good about things, and I honestly feel if we could keep that speed all season long, just unfortunately don’t have the points to show it. So, in terms of my progress, I don’t think it’s been too bad. I’d just say in terms of points on the board we’re not where we want to be.”

An incredible sprint race win took Lawson to fourth in the standings, then the following day finishing the feature race third from ninth on the grid meant he squeaked past past team-mate Logan Sargeant for third in the championship. It also helped Carlin be runner-up in the teams’ standings.

“It’s a nice way to end it. It has been a pretty rocky season overall, but to finish like this is really, really nice for the team as well,” Lawson said.

“It’s nice to sort of repay them because the work they’ve done this year has been really, really good. It’s unfortunate that we just don’t have the points to show it. I’m happy with the weekend and it’s nice to close the season like this.”