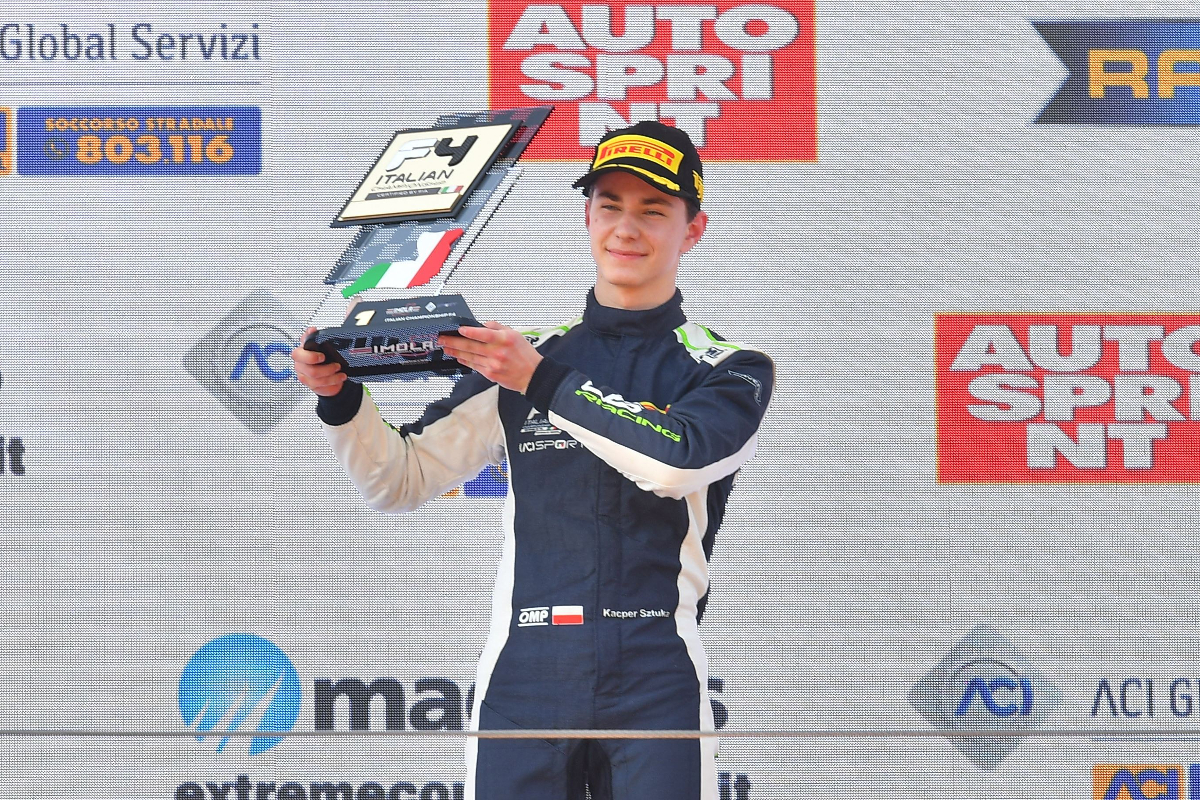 For Kacper Sztuka, an Italian Formula 4 race-winner, even stretching his budget to complete the season was a success for 2022.

“We struggled with budget quite a lot,” he told Formula Scout in the paddock.

“We had a sponsor for ADAC F4, so I could do two extra rounds, which was helpful for me. Italian F4 was on the limit with the budget but we could make it.”

Sztuka did his rookie year in Italy with one-car team AS Motorsport, and joined US Racing for 2022. He started impressively with two podiums in round one at Imola, including a first victory.

After struggling to maintain that early pace, he bounced back to win at the Red Bull Ring in September.

“Already at the first race, it was, I think, lucky for us to be fast. Then mid-season was not perfect, also on my side,” he admits.

“We struggled a bit in hot temps like Vallelunga and Spa-Francorchamps” but in a colder Austria “found the pace again”, allowing him to win again. “I think our car was just better when it’s cooler.”

“The season was really good. Two wins. But in terms of championship standings could be better.”

Sixth place “was not our aim in the first race”, and as US Racing skipped the F4 United Arab Emirates championship, the first chance to run the Tatuus T-421 car that would be used in Italy, he believes Prema got “a bit further than us in set-up process”.

Restrictive budget also meant “we missed some of the winter testing because we wanted to save money for the races”.

Yet the goal for 2023 is either FIA Formula 3 Championship or Formula Regional European Championship.

“After two years in F4 I would like to go straight to FIA F3, but it’s really tricky with the budget. If we don’t find the budget for F3, we’ll try to go in FREC.”

He has talked to teams with both FREC and F4 operations and has “some proposals, we are trying to find the best solution”.

Motorsport interest in Poland is high, but “talking with sponsors is a bit more tricky, our situation is not perfect for giving money”.

Polish oil company PKN Orlen is a major motorsport sponsor, including in Formula 1 with Alfa Romeo, and “of course, we are talking,” Sztuka says with a coy smile. “We started talking already last season but for the moment we have no support from them.”

Nevertheless, with Sztuka and close friend Tymek Kucharczyk, who starred in Spanish F4, making their way up the ladder, “if we want another Polish driver in F1, we need to put some money in young drivers now,” he argues.

Trinec, the Czech track where Sztuka’s career began, hosts the European Karting Championship in 2023 and Sztuka plans a return to his roots, either spectating or “maybe I will try to start the race!”.