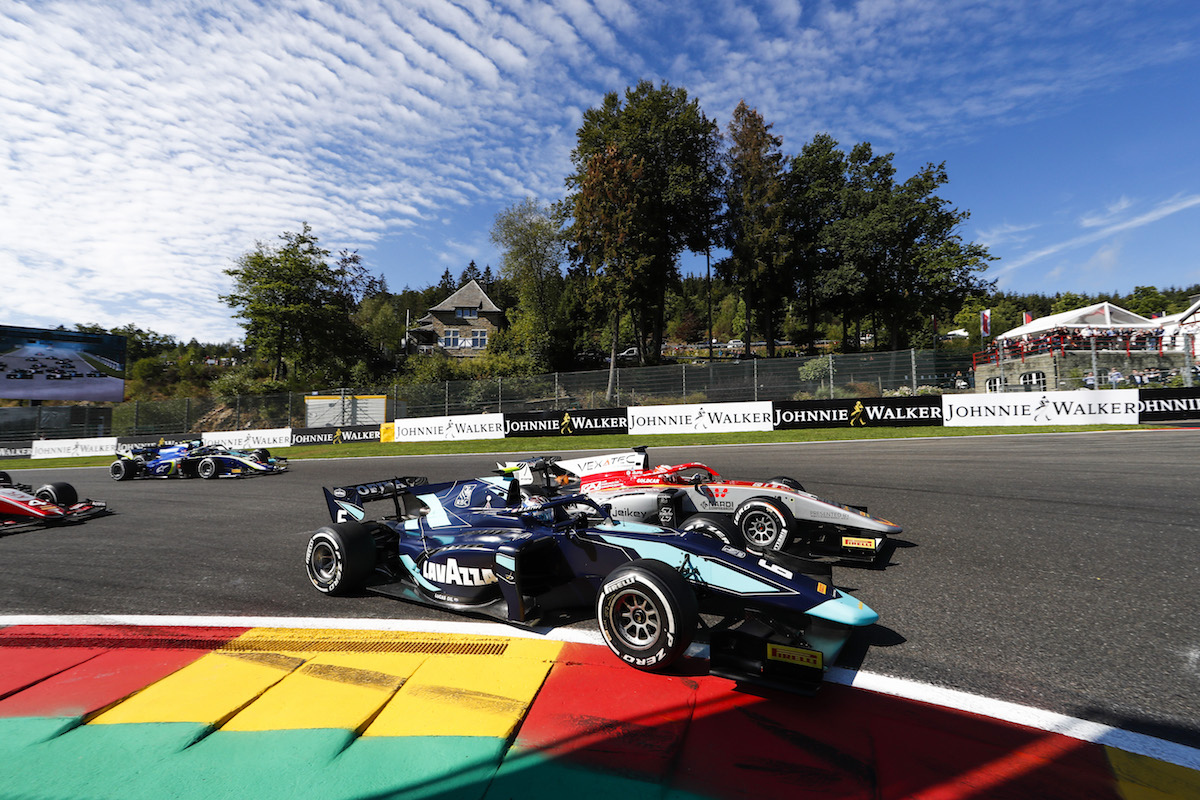 Starting on reversed-grid pole position, Latifi kept the lead at the start ahead of Luca Ghiotto while feature race winner Nyck de Vries made an excellent getaway to take third place up the inside of the first corner.

De Vries kept up his chances of a double win?when he passed Ghiotto for second place along the Kemmel Straight on lap five.

However, Latifi was nearly three seconds up the road at this point, and de Vries proved unable to eat into the gap and instead began struggling with tyre wear in the closing stages.

While Latifi sealed victory with a margin of 10 seconds, de Vries was caught by Norris on the penultimate lap, with the two McLaren juniors trading places down the Kemmel Straight for the final time.

As in the feature race, Latifi’s DAMS team-mate Alex Albon enjoyed strong pace late in the race, and after passing Artem Markelov with two laps to go, he quickly caught the battle for second and followed Norris past de Vries immediately.

With superior grip, Albon hustled Norris for the remainder of the final lap on his way to completing a double podium for DAMS.

De Vries meanwhile spent the final lap trying to keep Markelov at bay, placing his car well on the drag out of the final corner to prevent the Russian Time driver from getting by.

Their podium finishes allowed Norris and Albon to close on series leader Russell, who had a low-key run to seventh.

A repeat of the wheelspin he suffered in the feature race dropped Russell behind Roy Nissany at the start, and although he did eventually re-pass the Israeli for seventh, he lacked the pace to make any further progress during the race and couldn’t challenge the other Campos car of Ghiotto in the closing laps.

Arjun Maini surged from 13th to eighth in the final two laps of the race to grab the final point away from Sergio Sette Camara, who had also lost ground at the start.