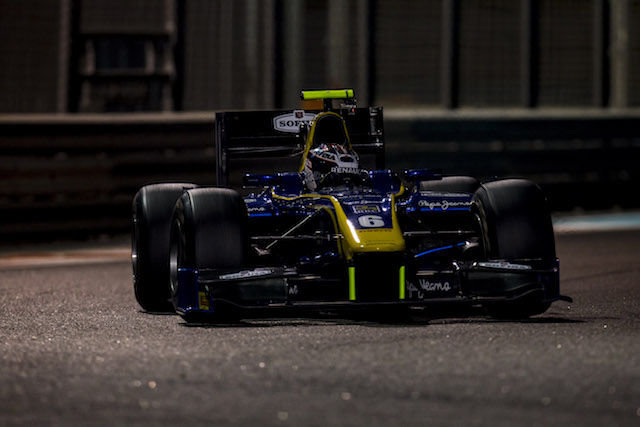 Nicholas Latifi ended the GP2 post-season test by setting the best time of the week in the final session.

The Canadian, who seems set to spend a second season with DAMS next year after finishing 16th in the 2016 standings, recorded a time of 1m48.929s.

That was 0.008 seconds faster than the previous benchmark set by?Raffaele Marciello on Wednesday evening.

Johnny Cecotto was 0.212s down in second place for Rapax, just edging out?Jordan King, who set the pace in the morning session with a 1m49.880s for MP Motorsport.

Their GP3 title rival?Alex Albon, fastest overall on day two of the test, was ninth behind Arden tester?Sean Gelael and in front of ART team-mate?Callum Ilott, who has had his first two days in GP2 machinery?despite already signing with Prema for another season of Formula 3 in 2017.

Rowland, Markelov and Fuoco were next ahead of?Sergio Sette Camara, who rejoined Carlin – the team with which he finished on the podium at the recent Macau Grand Prix – for the final day of the test despite having already been announced with MP Motorsport for his rookie GP2 campaign next year.