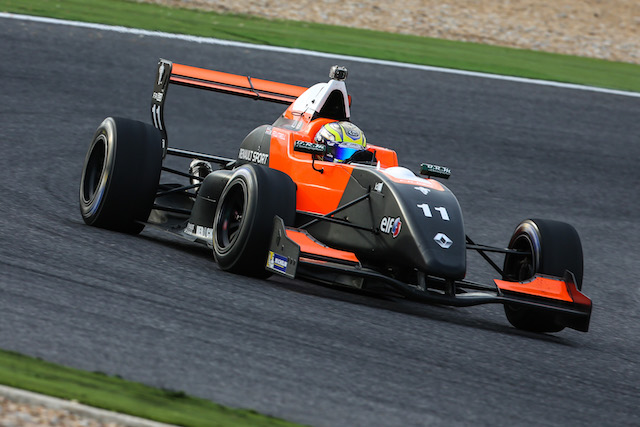 Fewtrell, 17, won the British F4 title in his first full season out of karts.

By joining Tech 1, he follows in the footsteps of his Infinity Sports Management stablemate George Russell, who won for the team in a one-off Eurocup appearance at the end of 2014.

Eighteen-year-old Aubry will be spending a second season with Tech 1, having placed 12th in the 2016 Eurocup standings after coming third in French F4 last year.

Australian Maxwell, also 18, switches from BRDC British F3, where he finished seventh in the standings in his first year in Europe.

Neubauer, 17, steps up from KZ2 karting for his first full single-seater campaign, although he did contest the NEC round at Spa this year as well as well as three V de V events, scoring one podium.

?I?m very happy with the team of drivers we?re running in the 2017 season,??said team boss Simon Abadie. ?They combine talent, experience and speed and they?re all hard workers.

“We?re very happy to be continuing with Gabriel Aubry. Although we didn?t achieve the results we were hoping for this season, we?ve renewed our confidence in each other and winter testing has confirmed that it was the right choice.

“Alongside him we have an international line-up with Thomas Maxwell, Max Fewtrell and Thomas Neubauer providing a harder-working ambience to meet the needs of the team than was the case this season.

“Already the alchemy is pretty good and they have but a single aim ? victory in both championships.

“We have two drivers who are ready to fight at the front, and we hope that the other two will quickly match their level once they?ve got the necessary experience.?