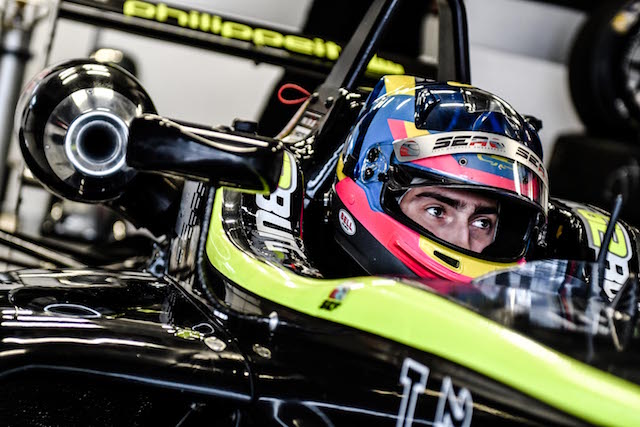 Ferdinand Habsburg will race for Carlin as he steps up to the FIA Formula 3 European Championship next year.

The 19-year-old Austrian finished second in the Euroformula Open series this year, alongside a second season in Formula Renault 2.0 in which he scored four podiums.

He has also?tested FIA-specification F3 machinery with his Formula Renault squad Fortec this year and contested the Macau Grand Prix with the team, but it is with Carlin that he will race next season.

“I?m extremely excited about the upcoming season especially after a really good year in F3 Open so coming off the back of that gives me a lot of confidence for a competitive season with Carlin,” he said.

“FIA F3 is the next step for us and I think that a good winter test schedule as well as racing in New Zealand will mean that we?re looking strong from the start.

“Carlin has a great history in F3?so we?ll be going into the season working well together with a great package; everything is looking very positive for 2017.”

“Less than two weeks after our victory in Macau, the focus within the team now is very much on 2017.

“To have everything finalised with Ferdinand so early on will allow us to make the best possible preparations for the season ahead.

“We?re looking forward to helping Ferdinand reach his potential in the coming months.”

Habsburg?will contest the Toyota Racing Series in New Zealand for a third straight year next month, and will switch to?top team M2 Competition?after coming fourth in the 2016 standings with Giles Motorsport.

He joins fellow series returnees Lando Norris, Jehan Daruvala and Pedro Piquet as well as local prospect Marcus Armstrong in the M2 line-up as it stands.

Kiwi Brendon Leitch, who came third in the 2016 series behind Norris and Daruvala, has secured another campaign in the series with Victory Motor Racing, alongside US-based racers Shelby Blackstock and Nikita Lastochkin.