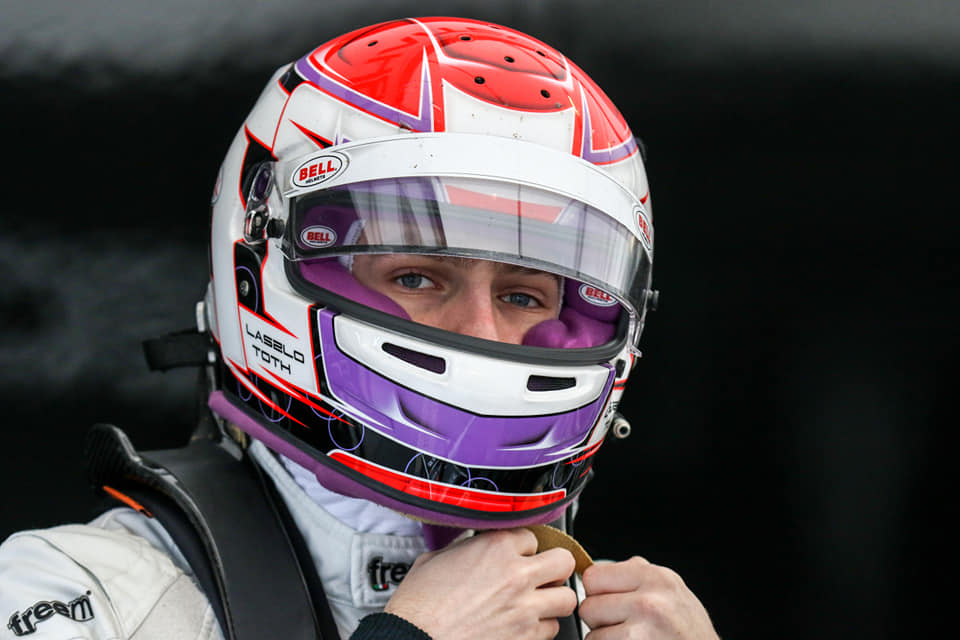 Charouz Racing System has announced Laszlo Toth as its first signing for the 2022 FIA Formula 3 Championship.

The Hungarian had a difficult rookie season in 2021 with Campos Racing, coming 32nd in the standings with a best finish of 16th at Zandvoort and missing round two at Paul Ricard after testing positive for COVID-19.

“First of all, I want to thank Antonin and Charouz Racing System for the opportunity to race for the second year in the FIA F3 championship,” said Toth.

“It’s a highly competitive environment and I’m determined to do my best to use all the skills I’ve developed during the last season to improve my performance level and obviously the whole team’s performance.

“I’m perfectly aware that we have a very high potential, so I hopefully will be able to get some points at the beginning of the season and will have the chance to add some more during the year.”

The 21-year-old has been racing single-seaters since 2018, spending his first two years in Formula 4 in the ADAC, Italian, North European Zone, Spanish and United Arab Emirates championships as well as the Motorsport Games’ F4 Cup where he had his most competitive showing in the category with fourth place in the qualification race and seventh in the main race.

He then stepped up to Formula Regional in the Formula Renault Eurocup, scoring points on three occasions and coming 16th in the standings with Bhaitech, and then progressed to F3.

Charouz is looking to maintain its upward momentum generated by a strong showing in 2021, with Logan Sargeant’s win in the last round in Sochi securing fifth place in the teams’ standings.

The team’s owner Antonin Charouz commented: “We’re very happy to welcome Laszlo to Charouz Racing System, he’s a young and promising driver who’s already covered a notable mileage at the wheel of F4 and F3 cars in the past few years and I’m confident that his experience will be helpful for all of us all along next season. I’m sure it will be no problem for him to find the best way to work together with the team and get up to speed straight away from the first test sessions.”

Discussions are ongoing for the team’s second and third seats, with its next driver expected to be confirmed in early February.