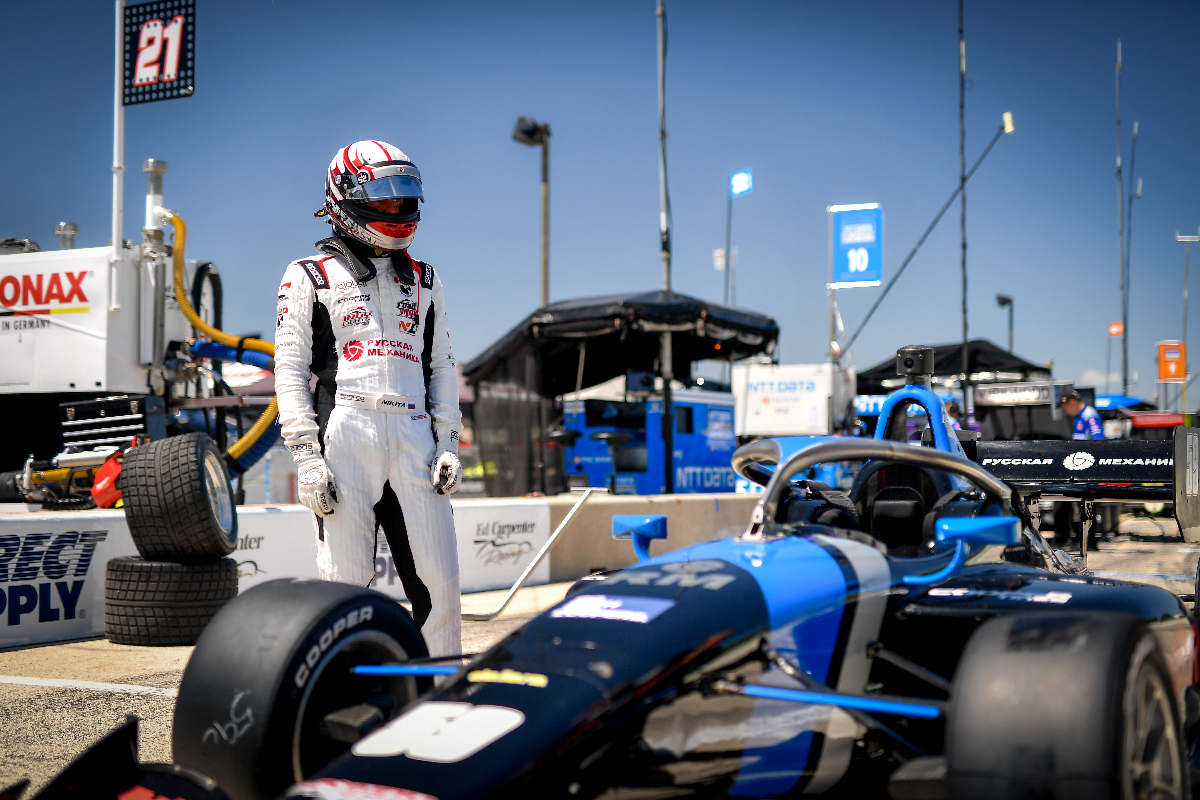 Nikita Lastochkin will miss Indy Lights’ only oval races of the season as funding currently isn’t in place for the rookie to continue in the series.

The Russian has been racing on the Road to Indy ladder since 2015, with two podiums in the 2017 Indy Pro 2000 standings marking his best results to date. He was to debut in Indy Lights in 2020, but that was curtailed by the season cancellation.

Exclusive Autosport, the team he signed with, chose not to enter the series this year so Lastochkin joined HMD Motorsports. He has a best finish of eighth from 12 races, and a test and then two races at Gateway oval in August is next on the schedule.

“While the 2021 Indy Lights season was one that I have looked forward to ever since I had the opportunity to join HMD Motorsports, it is with great displeasure that I can confirm that I will not compete at the Gateway oval in a few weeks,” the 31-year-old announced.

“While my goal is to be back in a car both in the short and long term, I would like to thank HMD Motorsports, Global Racing Group, the [HMD-owning] Malukas family, and all of my personal partners for the help and support to date.

“I am working hard to see how and what I can do in the remaining three events of the season, as well as a springboard into a solid winter test program in 2022, but for now, the funding is not on my side, and rather than risk it all, I have decided to stop until a proper budget is in place.”

After Gateway, the Indy Lights season then heads to the United States’ western coast for double-headers at Portland International Raceway at Laguna Seca one week after the other in September, then will conclude with a second visit to Mid-Ohio – which held the most recent round of racing in July – at the start of October.

Lastochkin’s departure brings the grid down to 12 drivers. The one-car Pserra Racing outfit said at the start of this year it planned to expand at some point during the season, although has been unavailable for comment when contacted by Formula Scout on this matter, and there has been rumours that HMD has another driver lined up.