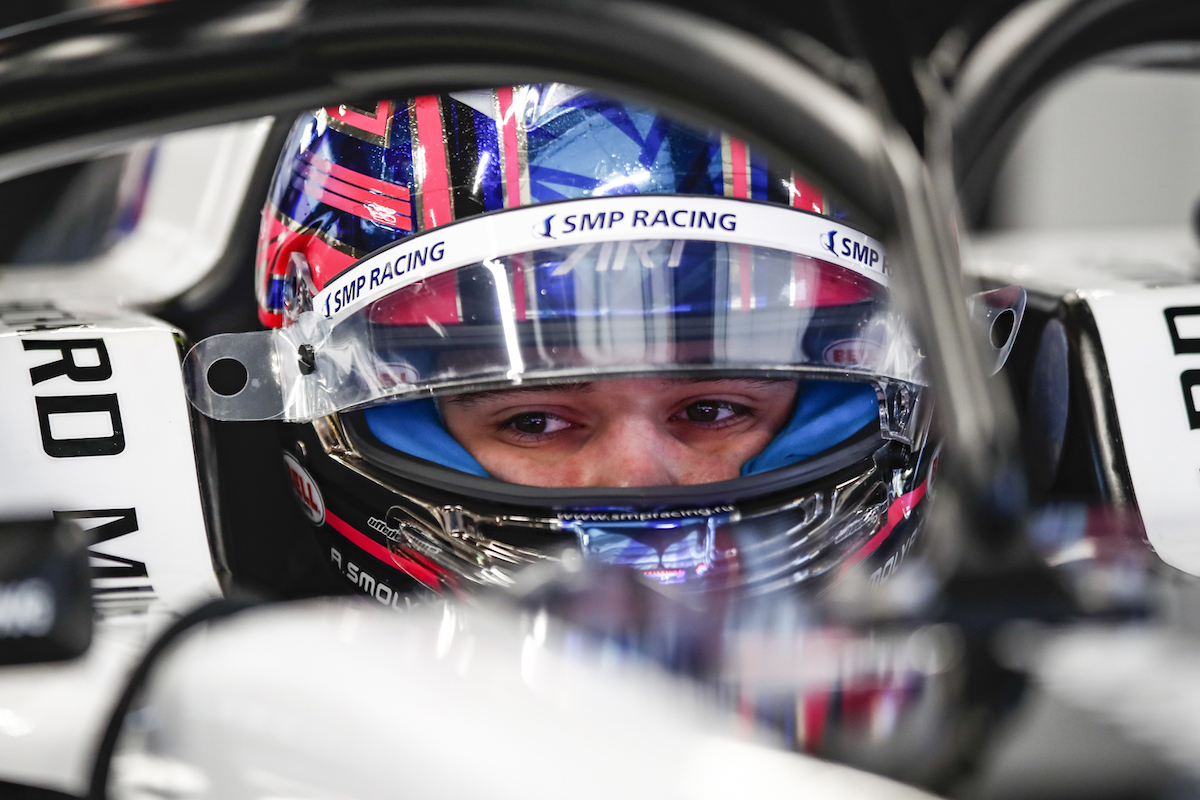 A final-lap move from Alexander Smolyar earned the ART Grand Prix driver victory in the opening race of the FIA Formula 3 weekend at Paul Ricard.

The first half of the race was relatively quiet for Smolyar, who started sixth and became stuck behind his team-mate Juan Manuel Correa in the battle for fourth.

Smolyar managed to take fourth from Correa just as Sargeant found a way past Williams for the race lead. Once Sargeant was able to get past, Williams struggled to keep the rest of the train of cars at bay.

Iwasa passed Williams and closed the gap to Sargeant for the race lead while Smolyar struggled to find a way past the Jenzer Motorsport driver. After running side by side with Williams a number of times, Smolyar finally found a way through.

At the front of the order, Iwasa had passed Sargeant for the race lead in the fast Signes right-hander – a move that would later be deemed off track by race officials.

Smolyar made quick work of Sargeant, who tried to reclaim second with a move around the outside but couldn’t make it stick.

Iwasa had tried to break the tow to the train of cars behind him, but couldn’t shake Smolyar, and it wasn’t long before a move around the outside allowed the SMP Racing-backed driver to snatch the race lead.

Throughout the second half of the race, Martins had never been too far behind Smolyar as he worked his way up through the order from 10th on the grid.

Shortly after Smolyar found a way past Iwasa, the MP Motorsport driver mimicked the move around the outside and was back on Smolyar’s tail.

Martins then came through in the closing stages of the race to take the lead. Smolyar tried to fight back, but it appeared Martins had made the move stick to claim a home win.

However, on the final lap of the race, Smolyar swept back through to take his second successive race one victory, 0.624s ahead of Marins.

Iwasa finished third on track but was dropped back to eighth after being handed a five-second time penalty.

Williams – who had never previously scored points in FIA F3 – was promoted to his maiden podium position ahead of Sargeant and Clement Novalak.

Correa dropped back to sixth, just ahead of Jack Doohan, who was the last driver to benefit from Iwasa’s time penalty.

Dennis Hauger spent much of the race battling Caio Collet and Frederick Vesti at the tail end of the top 10. He would eventually come through ninth, just ahead of team-mate Olli Caldwell.

Collet and Vesti were both knocked out of position to benefit from the reverse grid late on, finishing 13th and 15th respectively.

Instead, Arthur Leclerc, who started from the back of the grid after an issue in qualifying, claimed pole position for race two after climbing up to 12th. Jak Crawford will start alongside him.