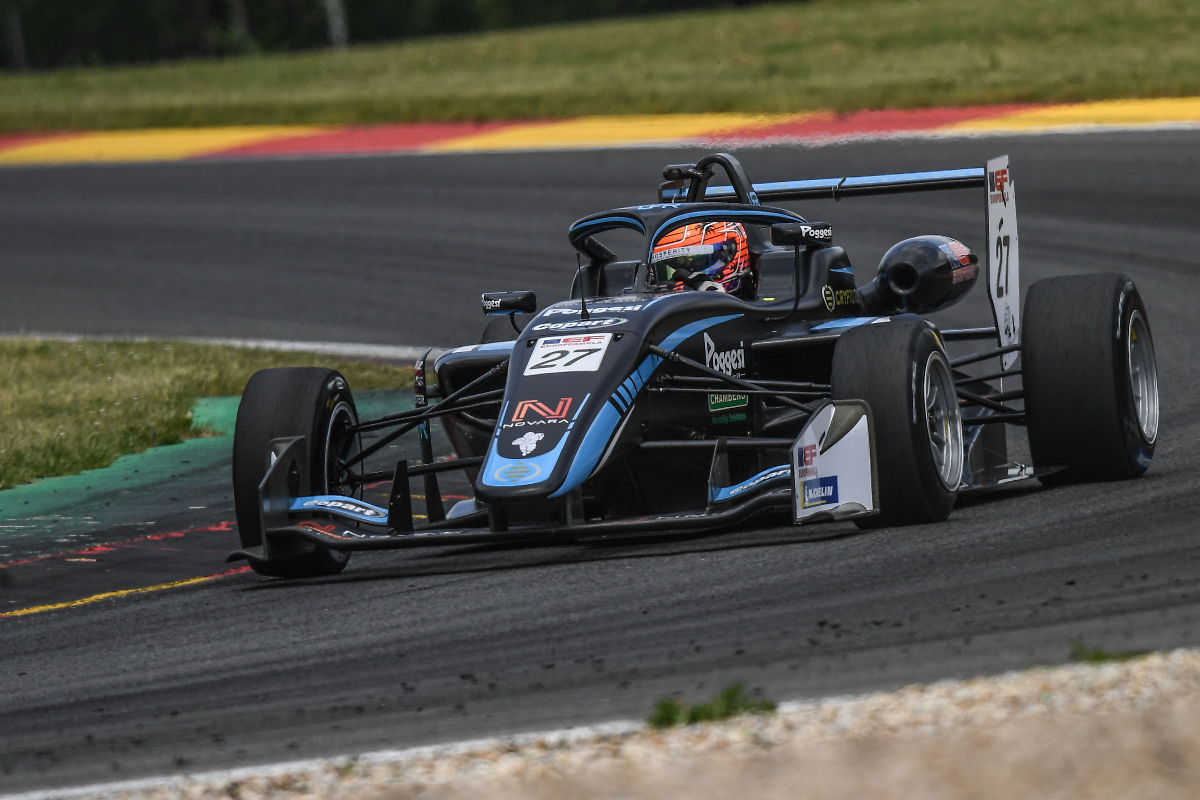 Louis Foster claimed his second Euroformula pole in qualifying at Spa-Francorchamps, ahead of his former BRDC British Formula 3 rivals.

Double R Racing’s Joshua Mason looked set for pole after the first runs, and looked quick on his second too but Foster – who felt he had more in hand after free practice – was able to get a traffic-free lap in late on to take provisional pole.

While Mason looked like he could improve, a combination of traffic and the high temperatures meant the Michelin tyres weren’t staying in their peak to the end of the final laps and meant none of the frontrunners improved.

That locked in a top three of Foster, Mason and Cameron Das – who opted to go for only one run – with the sole Van Amersfoort Racing driver Casper Stevenson in fourth and Euroformula debutant Christian Mansell in fifth for the returning Carlin.

Foster’s CryptoTower Racing Team team-mate Nazim Azman was able to go faster on his last lap to qualify sixth, just within a second of pole, with Drivex School’s Enzo Trulli in seventh after being the first to meet the chequered flag.