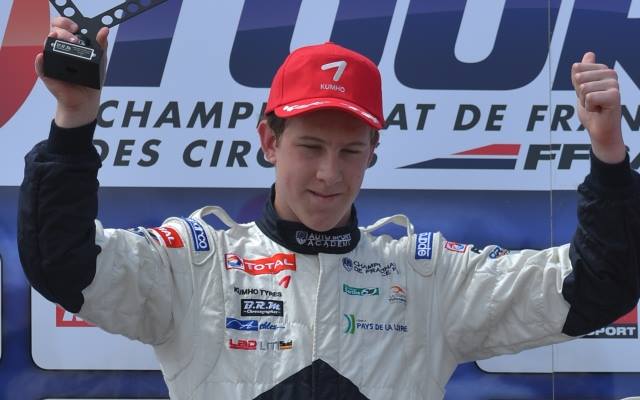 The Dane didn’t seem to get a perfect launch off the line but managed to block Patricio O’Ward into turn one, holding on to the lead, which would not appear to be in any danger for the remainder of the race.

Throughout the opening lap, O’Ward was also overtaken by Felix Hirsiger and Joseph Mawson, yet both drivers didn’t manage to maintain a place in the top three for particularly long.

First, it was Hirsiger who missed his braking point under pressure from Mawson and ended up skidding into the gravel. Shortly thereafter, the Aussie himself had an off and was demoted to the lower half of the top ten.

As such, O’Ward was back into second, but the front row starter soon also ended up making a mistake and dropped back to fifth, with Lotus junior Dorian Boccolacci inheriting P2.

Out front, Sorensen was showing unparalleled pace lap after lap and established a whopping 13-second gap over second place by the end of the 14-lap event. The Dane, who moved into the championship lead earlier this weekend, also put in the fastest lap of the race – almost a second quicker than anyone else in the pack.

By the closing minutes of the race, Mawson had managed to fight his way back to sixth place and was pressuring O’Ward for fifth. However, the Aussie was over-optimistic in trying to take the position and ended up clobbering the Mexican’s car.

Mawson retired on the spot and yet, despite his car virtually mounting O’Ward’s machine, the Mexican escaped with seemingly no mechanical damage and then managed to bring the car home in fifth.

Paul Hokfelt recovered from a disastrous opening lap to take sixth, ahead of Russians Denis Bulatov and Vladimir Atoev.

Valentin Hasse-Clot and Gjergj Haxhiu rounded out the top ten.