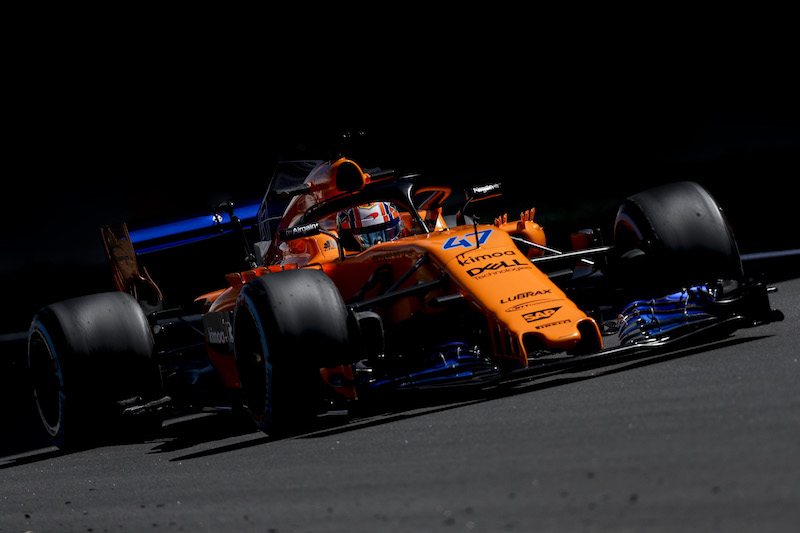 Formula 2 title contender Lando Norris will make his Formula 1 free practice debut with McLaren alongside this weekend’s Spa-Francorchamps round.

Norris will drive in first practice on Friday in place of Fernando Alonso in the first race weekend since Alonso announced he would not be racing in F1 in 2019.

Reserve driver Norris is a possible contender for the second seat at McLaren next year alongside the newly-signed Carlos Sainz.

He is currently second in the F2 standings, 12 points behind George Russell with four rounds to go, and will go straight from driving in FP1 to taking part in F2 practice on Friday morning, with only a 25-minute gap between the two sessions.

Norris has driven the MCL33 in the official in-season tests at Barcelona and the Hungaroring so far this year.

“This is not only part of his ongoing development, but also the evaluation and performance evolution of the car,” said McLaren sporting director Gil de Ferran.

“We?ll be taking a strategic view race-by-race at where else this might be beneficial for us over the coming grands prix.”

Russell was the last driver to appear in F1 practice on the same weekend as competing in one of the support series when he drove for Force India in Abu Dhabi at the end of 2017.

By then, he was already crowned GP3 champion, and went immediately from driving the F1 car to claiming pole in the subsequent GP3 qualifying session.