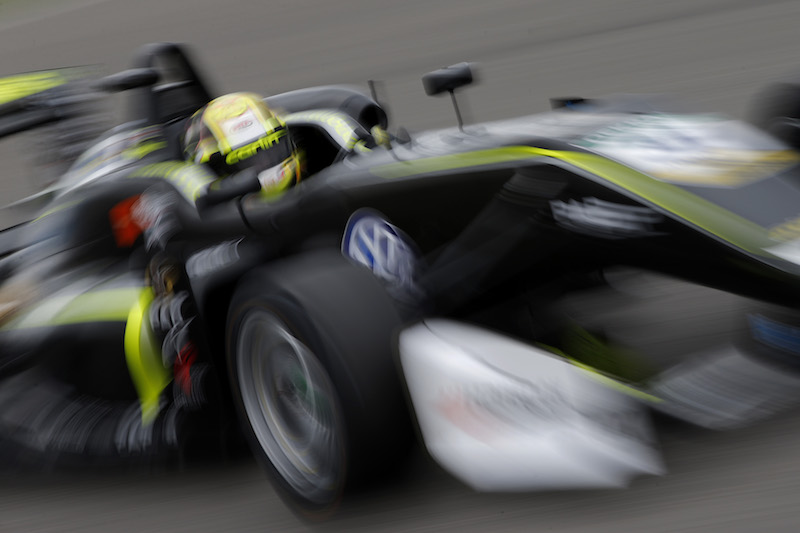 Lando Norris dominated a wet qualifying session to claim pole position for the first Formula 3 European Championship race of the weekend at the Nurburgring.

In a performance that was reminiscent of Max Verstappen?s showing in similar conditions in the corresponding session three years ago, Norris was already on top of the times when he posted a lap of 1m35.907s to move him 1.171 seconds clear of the field with seven minutes of the 20-minute session remaining.

The championship leader then had a series of slower laps before he managed a 1m35.601s at the chequered flag to secure pole position.

He was 0.907 seconds ahead of Jake Hughes, who was consistently the closest driver to Norris throughout the session in a repeat of the top two from the earlier dry free practice running.

Callum Ilott sat outside the top 10 with five minutes remaining, but he lifted himself up to third at the end, only 0.027s off the front row.

Maximilian Gunther, who is currently 11 points behind Norris at the top of the standings, was fifth.

Hughes? Hitech team looked strong in the wet conditions, with his team-mates Ralf Aron, Tadasuke Makino and Nikita Mazepin all joining him inside the top six with five minutes left to play.

Aron ended up sixth, with Mazepin ninth and Makino 10th ? the Honda protege achieving his best qualifying showing since his debut weekend at Silverstone. Jehan Daruvala and Joey Mawson are set to share the fourth row of the grid.

The third debutant Petru Florescu was the best of Eriksson?s four team-mates in 17th place.