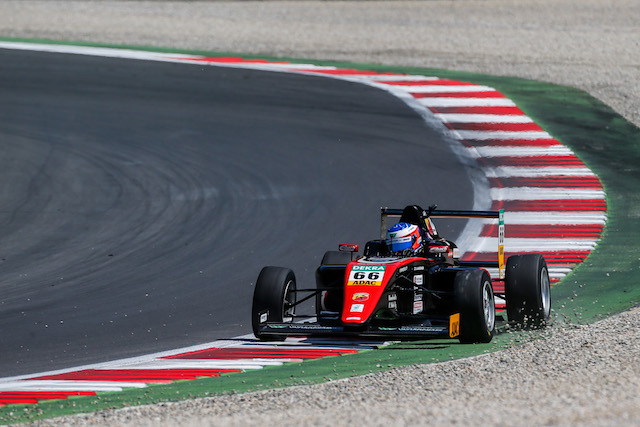 Laaksonen led from pole position, as Schumacher gradually worked his way up from fifth to second.

After two safety car periods, the?Prema driver had several looks at passing Motopark’s Laaksonen, getting alongside into Turn 2 in the final couple of laps, but the Finn held on to take victory.

Michael Waldherr started second and maintained that position close behind Laaksonen early on before being shuffled back to seventh, behind?Juri Vips.