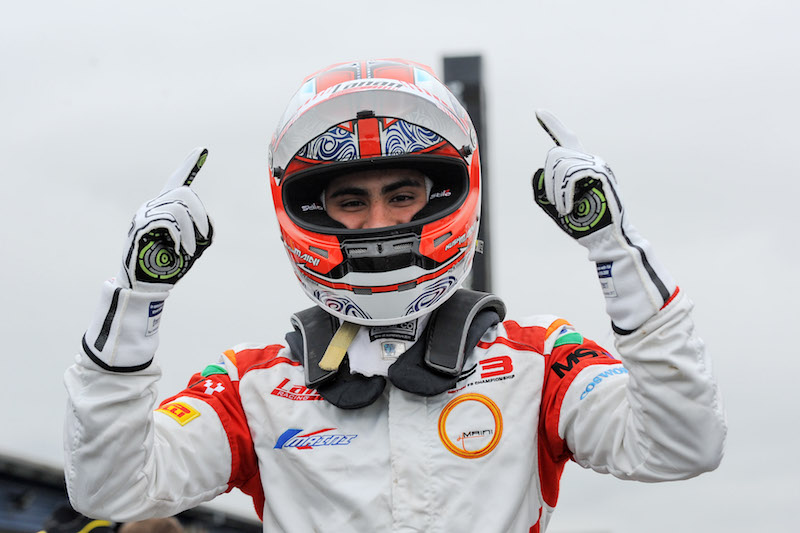 Kush Maini has signed with M2 Competition for the team’s debut season in the Formula Renault Eurocup next year.

Maini, the younger brother of Formula 2 racer Arjun, finished third in this year’s BRDC British Formula 3 Championship with one victory to his name, driving for Lanan Racing.

Before that he enjoyed a strong karting career, coming fourth in the 2014 CIK-FIA World KF Junior Championship.

The Maini family has a previous link with the M2 Competition team, with Arjun having driven for the outfit in the 2015 Toyota Racing Series – winning twice – immediately after he had finished runner-up to George Russell in BRDC British F4 with Lanan.

M2’s expansion into the Formula Renault Eurocup marks its first programme in Europe, which will be based in Belgium under the leadership of Jonathan and Elise Moury.

“We were formed eight years ago and have had fantastic success running in the Toyota Racing Series in New Zealand, but the time has come to add a programme in Europe and the Formula Renault Eurocup fits the bill perfectly,” said Jonathan Moury prior to signing Maini.

“Our aim is to take the most talented young drivers over to New Zealand for TRS at the start of each year and then keep them within the M2 family for the European season so that they can continue to learn and develop in a nurturing environment they?re already used to.

“We?ve already had a lot of interest from drivers so we?re confident of a strong line-up for our first campaign in Europe.”

News of Maini’s deal with M2 followed the confirmation that Victor Martins and Oscar Piastri will return to the series next year with MP Motorsport and R-ace GP respectively.