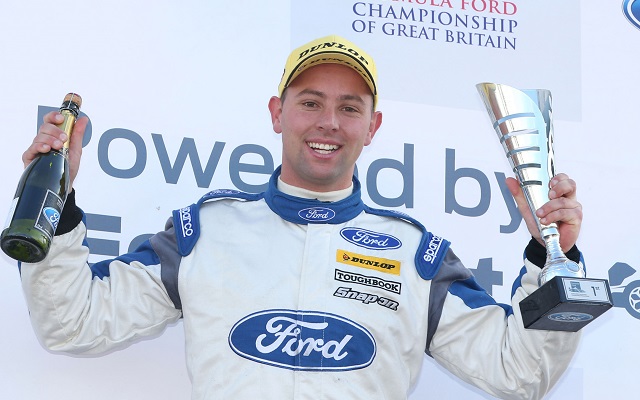 South African racer Jayde Kruger will return to British Formula Ford in 2014, having signed on for a a full season with series champions JTR.

Kruger, 25, enjoyed a prolific part-time campaign in Formula Ford in 2013 with Jamun Racing, taking sixth in the overall standings at the end of the season despite having missed the first three rounds. He made regular podium appearances and finally secured his first win during the penultimate round after the notoriously dominant Dan Cammish ended his campaign early due to having sealed the title.

Prior to that, Kruger amassed numerous titles in the South African single-seater scene, having won Formula Ford South Africa in 2007 and subsequently becoming a three-time champion of the local Formula Volkswagen.

“Obviously I?m really happy,’ commented Kruger. ‘When we heard that JTR were definitely coming back to the championship it seemed like a no-brainer. They are the only team to have won an EcoBoost championship. Where else would you go? I am 100 per cent confident about the move, because they are as eager to win as I am. That?s the plan and hopefully we can carry it through.”

British squad JTR, founded by the late Formula Palmer Audi champion Joe Tandy, have been dominant in the UK Formula Ford category over the recent two years, taking the drivers’ title with Antti Buri and Cammish in 2012 and 2013 respectively.

“We are very excited to get started on our 2014 programme”, stated team boss Nick Tandy. “We?ve been talking with Jayde?s management for a little while and came up with the same objectives and goals ? to go racing successfully, to try to win races and try to win championships. Jayde impressed us last year; he came into the championship mid-season and was straight on the pace. He rarely makes mistakes and with the technical expertise and experience JTR has of the new-generation Formula Ford we think we can have a successful relationship and we can both benefit from the partnership.”

JTR have confirmed that they are planning to field three cars in this year’s UK Formula Ford.

Cevallos set to run in Alps and NEC with Fortec