Cevallos set to run in Alps and NEC with Fortec 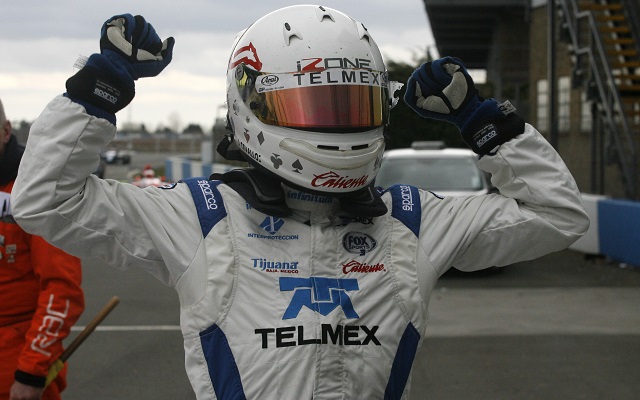 Protyre Formula Renault race winner Jorge Cevallos will join Fortec Motorsports in 2014 with a plan of competing in both Formula Renault 2.0 Alps and the 2.0 NEC series.

The 19-year-old Mexican has spent two years in the European single-seater scene, racing in Protyre FR2.0 since 2012 (then known as Formula Renault BARC). He was 12th in his rookie season with MTECH, finishing as their top driver in the standings and taking a personal best finish of sixth.

He signed on with frontrunner squad MGR for the 2013 season and managed to finish third in the standings after an extremely consistent campaign. Cevallos also wound up securing his first victory in the championship at Donington and took an additional three podiums.

“I am very pleased to have finalized my plans for my third year in Europe and I feel more prepared than ever for the upcoming season”, stated Cevallos. “I worked long and hard during the winter and I emerge stronger than ever in terms of both physical and mental project and with a very ambitious project ahead of me with Scuderia Telmex and all my sponsors”.

Cevallos is the second Fortec driver to reveal plans to race in both FR2.0 Alps and FR2.0 NEC following a similar announcement from Croatian karting graduate Martin Kodric.

Abarth champion Rovera steps up to Alps with Cram