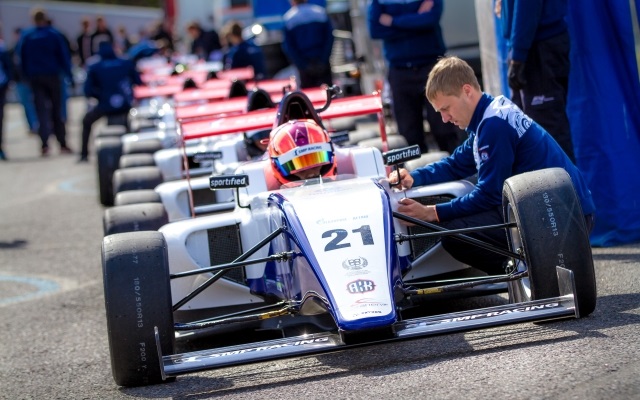 Alexey Korneev was victorious in the final SMP F4 race at Moscow Raceway.

Starting from pole, he gave up his position to Aleksanteri Huovinen, who had a much better launch off the line.

However, he did not lose sight of the championship leader and started to increase pressure on him towards the end.

During the last laps, Korneev finally made an aggressive move to take the lead in the penultimate corner and went on to take the checkered flag.

After losing first place, Huovinen was quickly overtaken by fellow Finn Niko Kari as well and had to do with third at the end.

Kari had slotted in behind the top two after the start and, although he was briefly overtaken by Nikita Troitskiy, he quickly reclaimed the spot and went on to chase after Korneev and Huovinen.

Troitskiy, meanwhile, had to withstand pressure from Niclas Nylund, the Finnish racer even managing to steal fourth momentarily before the Russian claimed it back a couple of corners later.

Nylund finished fifth, ahead of Nerses Isaakyan and Nikita Sitnikov.

Having stalled on the grid, Vladimir Atoev and Ivan Matveev only took eighth and tenth respectively with Aleksander Maslennikov ending the race between them and Artem Kabakov completing the order.

Denis Mavlanov was disqualified after failing to serve a drive-through penalty in time, which was handed to him for a jump start.