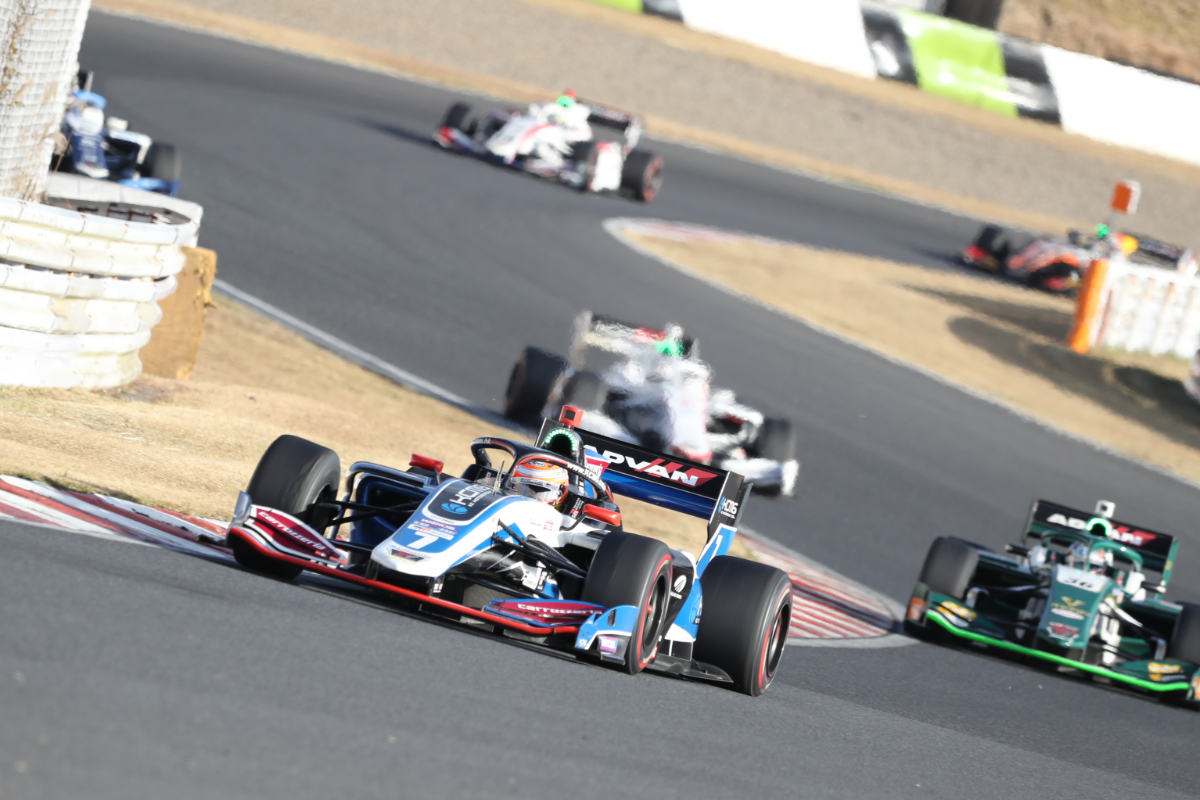 Kamui Kobayashi returned to Super Formula after missing the fourth round and topped the first practice session of the weekend at Suzuka.

There was a flurry of personal best lap times set in the final five minutes after Naoki Yamamoto was the fastest for the majority of the 60-minute session, setting his best lap on his second lap out of the pits.

Kobayashi set the benchmark laptime of 1m35.962s with a couple minutes to go. Team Mugen’s Tomoki Nojiri – who won the final race of 2019 at Suzuka – was the closest to matching this on his final lap of the session, but was 0.033 seconds short.

New Super GT champion Tadasuke Makino was just 0.012s behind Nojiri with the third-fastest time for Nakajima Racing, while Kenta Yamashita was fourth fastest in the session for Kondo Racing.

Championship leader Ryo Hirakawa went fifth on his final lap, while the early effort from Yamamoto – who won the Super GT title alongside Makino – was still good enough to keep him sixth by the end of the session.

Nick Cassidy, who earlier in the week took part in Formula E pre-season testing at Valencia Ricardo Tormo ahead of his rookie campaign there with Virgin Racing, rounded out the top 10 after flying back to Japan from Spain in time to compete.

B-MAX Racing with Motopark had a troubled session, as Charles Milesi caused a red flag and Nobuharu Matsushita also had a brief problem.