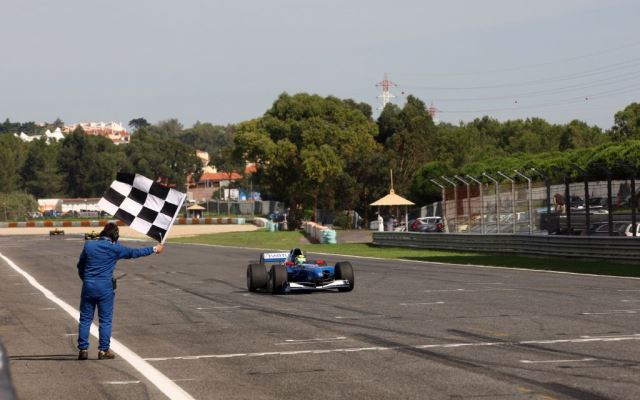 Tamas Pal Kiss scored his third of the Auto GP season in the first race of the finale at Estoril, clinching him the runner-up spot in the championship.

The race began in confusing circumstances, with a red flag being shown on lap one after an apparent issue with the medical car. At the restart from behind the safety car, Kiss began to open up a lead over the rest of the field, headed by the returning Antonio Pizzonia.

That advantage stood at four seconds when Pizzonia made a slow pitstop that would seem him finish behind the Super Nova pairing of 2013 champion Vittorio Ghirelli and German F3 title winner Markus Pommer.

Kiss had a reduced lead over Ghirelli once he had made his pitstop, but opened that back up to four seconds before the flag.

Andrea Roda finished a lonely fifth but did briefly lead once Kiss had pitted, while Shinya Michimi recovered to sixth after having to serve a penalty for speeding in the pits.

Luis Sa Silva was seventh on his debut ahead of the lapped Michele La Rosa and Salvatore De Plano. Francesco Dracone was an early retirement after contact with Sa Silva.