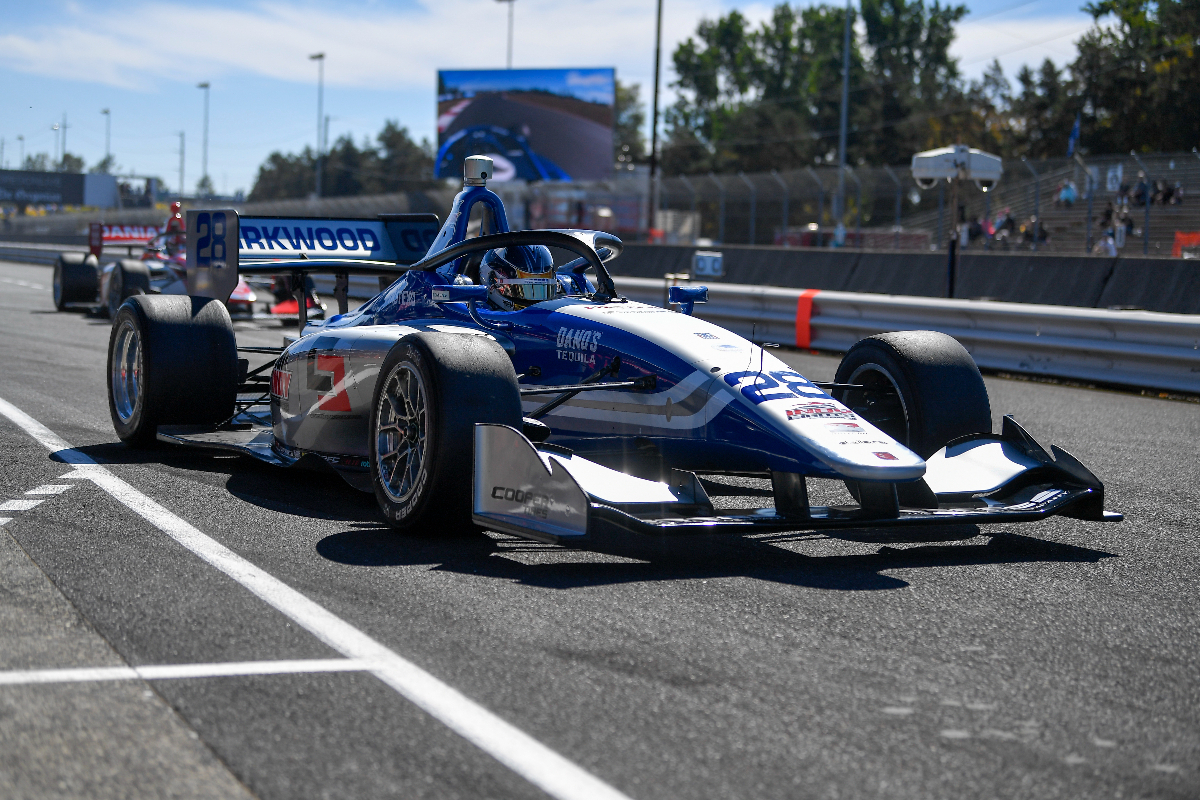 Malukas (HMD Motorsports) and Lundqvist (Global Racing Group with HMD) started on the front row and battled in the opening stages. Lundqvist was the only frontrunner starting the race on new tyres.

As the duo came onto lap two, they were squabbling between themselves at the tight first turn, allowing Kirkwood to cut outside of both through the second corner for the lead.

From there, he opened up a 1.5-second lead to Malukas and was able to control the race, eventually opening that gap up to 2.5 seconds. As a result, he was able to claw back slightly into Malukas’s points lead.

There was little action outside of lap one, which itself was calmer than Saturday’s race as all 11 cars made it round the first turn without running wide.

However, HMD newcomer Manuel Sulaiman launched over the top of Juncos Hollinger Racing’s Sting Ray Robb, ending the race of the latter and also forcing the second Juncos entry of Rasmus Lindh into the pits for repairs.

The only other battle in the race was a long scrap between Andretti Autosport stablemates Devlin DeFrancesco and Danial Frost over sixth.

Frost had the pace advantage, but it took until lap 23 of 30 before he was able to work his way by. Andretti Steinbrenner entry DeFrancesco was able to keep with him but was unable to make his way back through.

Behind Kirkwood and Malukas, Lundqvist rounded out the podium ahead of GRG with HMD team-mate Benjamin Pedersen.

Lindh was ninth with fellow weekend debutant Sulaiman 10th and a lap down.

Robb was able to continue but was 12 laps down after extensive repairs to the rear of the car.