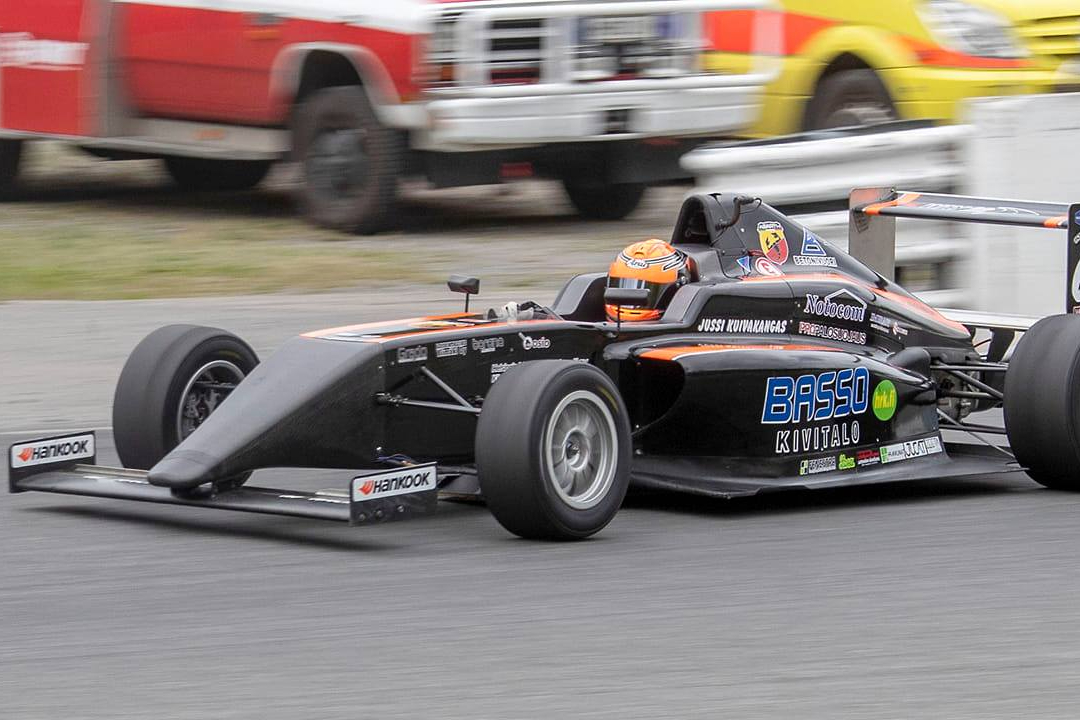 Jussi Kuivakangas was crowned the 2021 Formula Academy Finland champion with victory in the final race of the season at Alastaro.

The weekend started with pole for Kuivakangas, but he was pipped to victory by Leevi Vappula in race one and by a slim margin of just 0.589 seconds.

Title contender Henri Saaskilahti didn’t take part, as car issues plagued his weekend. The technical trouble struck early, preventing him from setting a lap in qualifying and initially meaning he was to start race one from the back of the grid.

“Unfortunately we didn’t manage to start the race,” he said after race one’s conclusion, and with no fix on his car.

“This is the end of the season. Due to the technical problrms of the last race the position in the series has dropped down to third. Thanks to rubintor racing for the season.”

It was the same for race two the next day, with Saaskilahti unable to get on track. Kuivakangas ended the season with a dominant win in the wet, putting half a minute between himself and Vappula in second place to win the title.

Nestori Virtala finished a lap down in third place, his gap to the front coming down to the series sharing its grid with the faster Formula 3 cars of Formula Open Finland. The result moved Virtala up to fourth in the standings ahead of the absent Nikita Alexandrov.

Over in Mexico, the NACAM F4 series should have been racing at Queretaro this weekend for its first points-scoring round of the year after two non-championship rounds in the United States. However it was called off, and now the series is set to hold its third event of 2021 – and only ‘official’ one – in support of Formula 1’s Mexico City Grand Prix on November 5-7.

NACAM F4’s CEO Flavio Abed told Formula Scout that the three-race round could award points for what would essentially be a ‘NACAM F4 Cup’ given one round alone does not qualify to make it a championship this year.