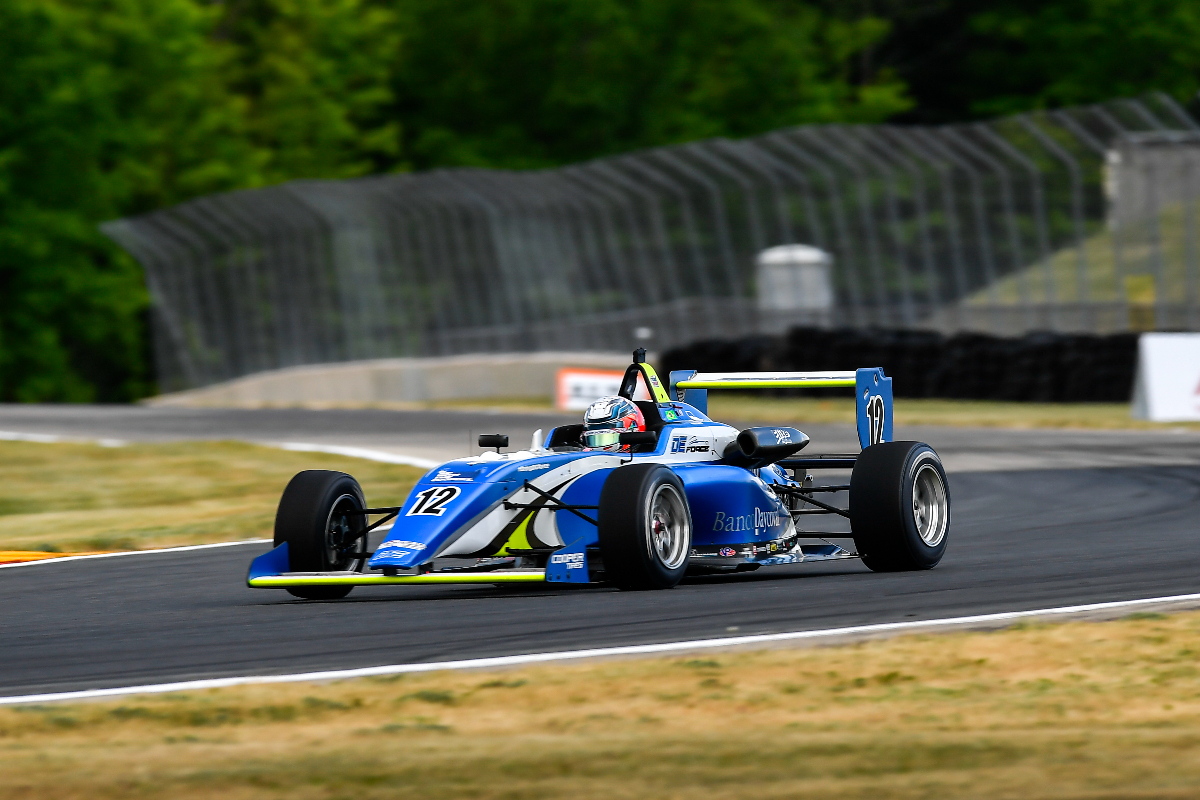 Pole looked like it would be heading his way pretty early in Q1, as he rose to the top of the times and stayed there all the way until a late red flag caused by another driver crashing.

That guaranteed his team a lockout of the front row with Porto and Nolan Siegel, and in Q2 it was even better result for DEForce as Prescott Campbell qualified behind Porto and Siegel to form a 1-2-3 for the team.

Cape Motorsports also looked very competitive, with Michael d’Orlando and Spike Kohlbecker (in the entry co-run by Ignite Autosport) going fourth and fifth fastest in Q1 and fourth and seventh in Q2 courtesy of Thomas Nepveu.

Points leader Yuven Sundaramoorthy qualified in the top 10 for both races, with the Pabst Racing driver going fifth fastest in the earlier session and ninth in the latter. Title rival Christian Brooks struggled further, with the Exclusive Autosport driver qualifying no higher than 12th.

Free practice pacesetter Matt Round-Garrido also faded in another of Exclusive’s cars, but did make the top 10 for race one albeit over nine tenths off the laptime for pole.