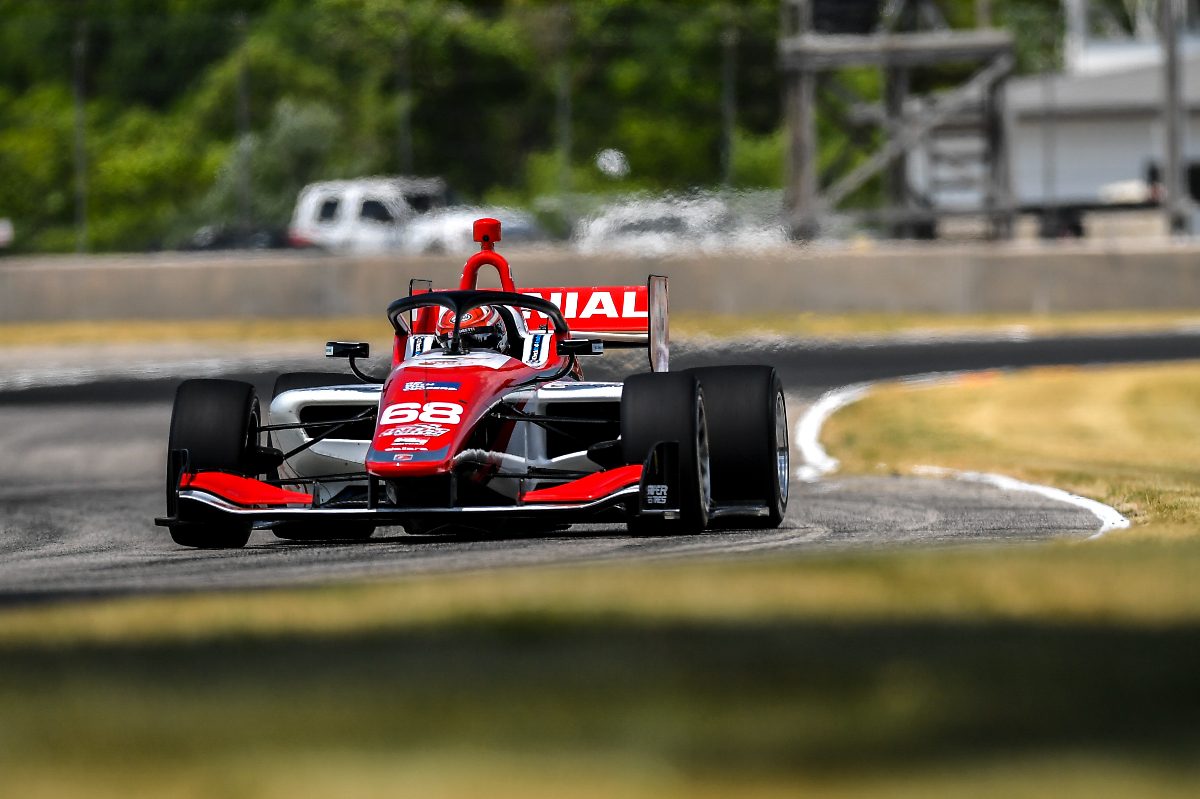 The first Indy Lights qualifying session at Road America was all about strategy, and it was Andretti Autosport’s Danial Frost who got it right to take pole by some margin.

With the Friday afternoon session taking place in record temperatures for the series, it made the tyres more susceptible to degradation, and meant most drivers opted to go out for only one banker lap in the first half of qualifying.

It was Andretti Steinbrenner Autosport’s Devlin DeFrancesco who set the pace on those runs, with a 1m56.0898s lap that put him just 0.0100 seconds ahead of Frost before everyone headed to the pits.

At that point Carlin with Jay Howard Driver Development hadn’t even sent its drivers out, saving its fresh tyres for when the track was in a slightly faster condition. However the track evolution wasn’t that major, and those running later found it difficult to better DeFrancesco’s benchmark.

Those who did have time to do second full runs therefore benefitted, and with just over two minutes to go both Frost and HMD Motorsports’ David Malukas bettered DeFrancesco. Frost’s lap put him a massive 0.4766s clear, and nobody else could get near. The gap between the top two ended up being more than the gap from second to eighth.

Another late runner was Global Racing Group with HMD’s points leader Linus Lundqvist, who with his final lap rose to fifth between Andretti’s Kyle Kirkwood – who saved his tyres more than anyone else – and Juncos Racing’s Toby Sowery.