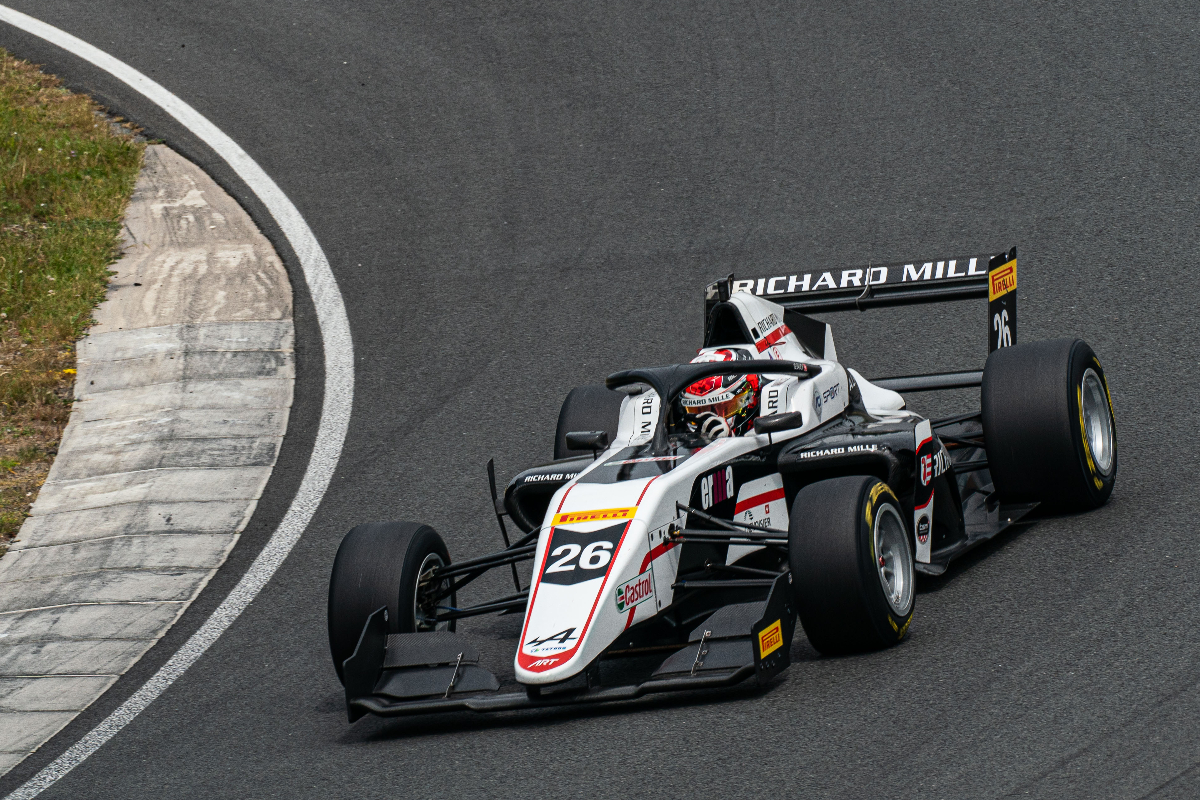 The 20-minute session was held on a slightly damp circuit after wet-dry running in the run-up to the event.

Times tumbled throughout the session, but Saucy found himself towards the top of the order throughout.

His final effort, a 1m30.973s, put him on provisional pole by 0.402 seconds ahead of team-mate Gabriele Mini before a red flag concluded the session early.

FA Racing’s Andrea Rosso ran wide at the penultimate corner, shattering his front wing and parking up shortly after.

With the track running already delayed this weekend, with this session starting 15 minutes after it was scheduled to, the decision was made to not pause the clock in the event of a red flag.

This left Saucy on pole ahead of Mini, while R-ace GP’s Hadrien David rounded out the top three. Van Amersfoort Racing’s Mari Boya put in a late effort to take fourth, ahead of Prema’s Dino Beganovic.

MP Motorsport’s Franco Colapinto looks to finally get his season properly going by taking sixth, ahead of Prema’s Paul Aron.

R-ace’s Isack Hadjar, G4 Racing’s Michael Belov and Arden’s Alex Quinn rounded out the top 10. Belov spent a large part of the first half of the session not setting representative laptimes or in the pits, and therefore set fewer laps than his rivals.

Rosso ended up 24th after his off, while Monolite Racing’s Jasin Ferati failed to take to the circuit after taking part in the tests in the run-up to the event and G4’s Belen Garcia was absent due to chassis damage.