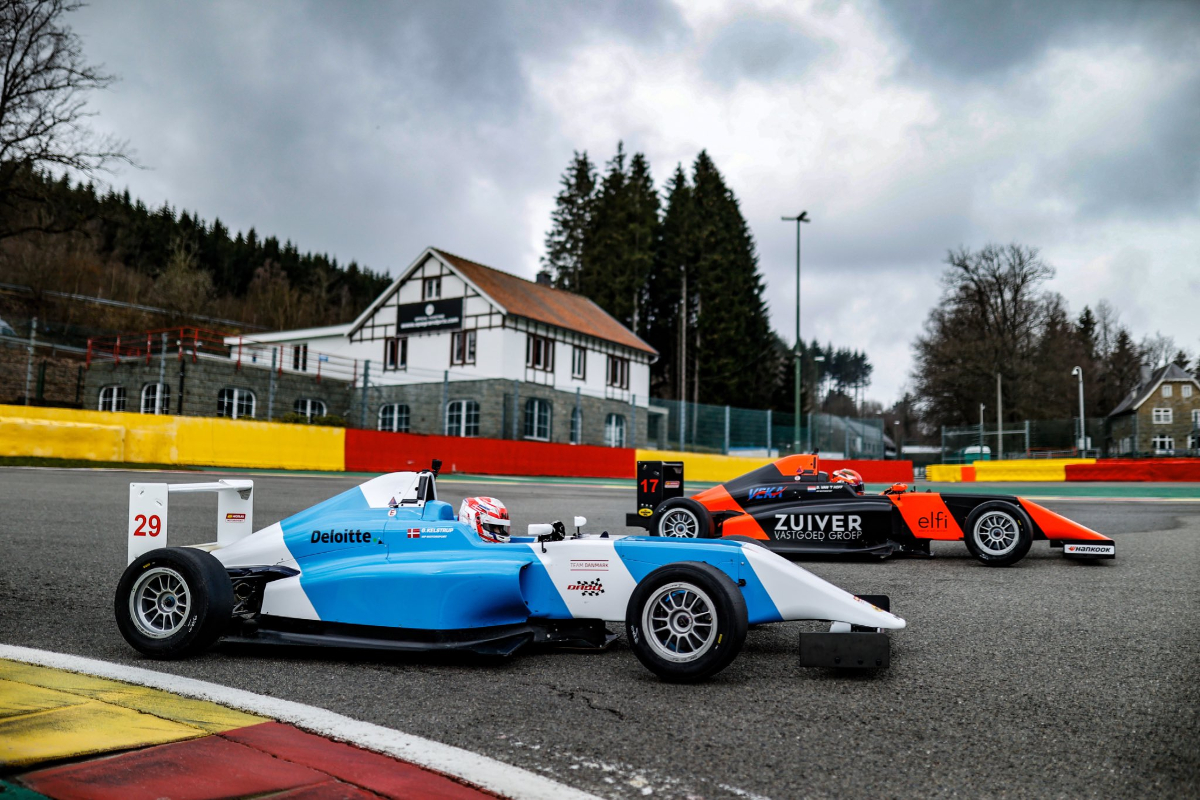 Georg Kelstrup snatched victory ahead of his MP Motorsport team-mate Dilano van’t Hoff in an erratic final race of the Spanish Formula 4 opener at Spa-Francorchamps.

Eyeing a hat-trick of wins, van’t Hoff kept the lead at the start from pole position as fellow front-row starter Dani Macia failed to get away.

Macia’s Praga team-mate Quique Bordas was then turned around at La Source by Filip Jenic, while Pepe Marti came from seventh on the grid to take second from Santiago Ramos on the run to Les Combes for the first time.

Ramos would go on to lose third to Kelstrup – who started ninth – when he ran wide at Pouhon.

Further back in the pack, Samir Ben had spun at Malmedy and been collected by Braden Lee Oxley, bringing out the safety car.

Just six of the original 18 minutes remained on the clock when the race restarted, and Marti moved past van’t Hoff into the lead down the Kemmel Straight.

A lap later, van’t Hoff pulled out of Marti’s slipstream before they even took the right-hand kink after Raidillon. That gave Kelstrup a better tow, and he took the lead on the inside at Les Combes ahead of van’t Hoff and Marti.

The safety car was then required again to recover the car of Noam Abramczyk, who had tripped over a coming together between Noah Degnbol and Francesco Braschi at La Source.

Although the clock had run down, the track was cleared in time for one final lap, and Kelstrup got a good restart.

Marti got back alongside van’t Hoff into Les Combes but found himself forced wide onto the run-off, and when he rejoined the track he nearly collided with his Campos team-mate Sebastian Ogaard, who then fended off Ramos through the following turns to secure third.

Kelstrup – coached by Belgian ex-Formula Two racer Benjamin Bailly – defended from van’t Hoff into the Bus Stop for the final time, avoiding smashed polystyrene from another incident, and clung on to take victory on his debut weekend in car racing.

Alex Dunne shared the sixth row of the grid with Ogaard and came through to finish fifth behind Ramos, with Marti having to settle for sixth.