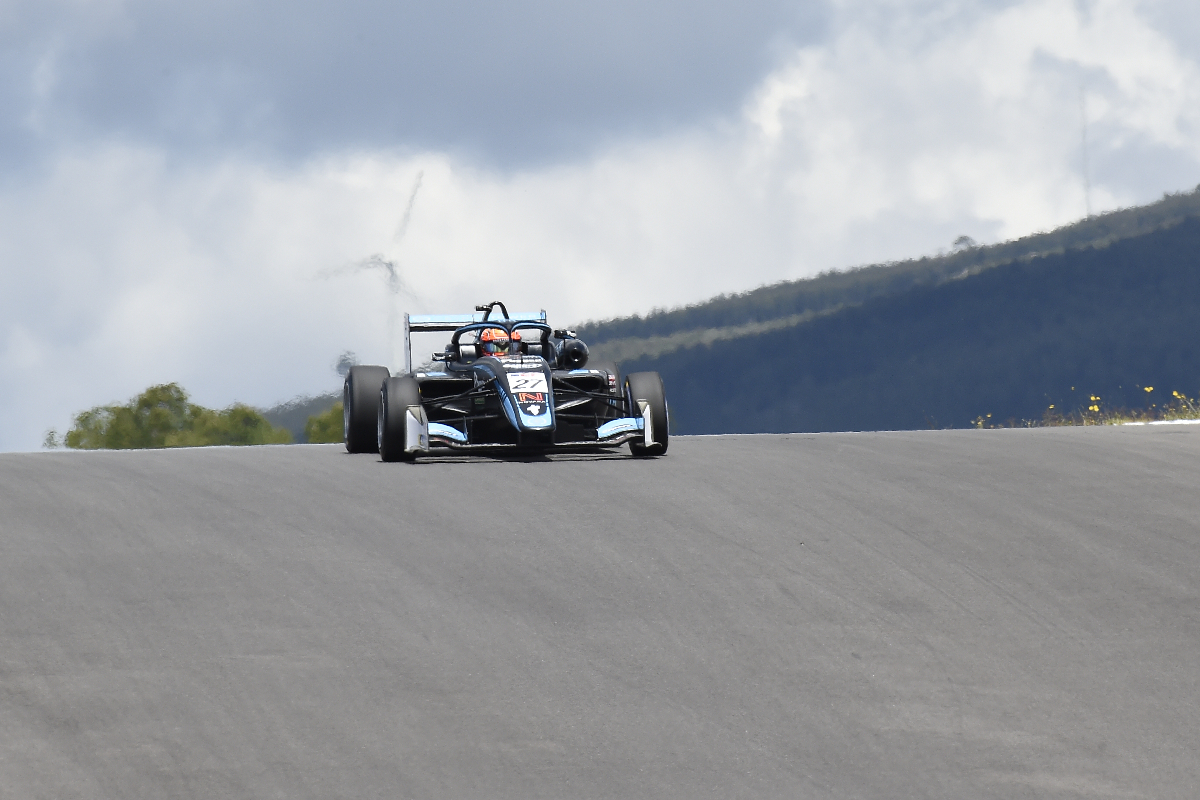 The fight for pole was primarily between himself and Motopark’s Cameron Das, and Foster prevailed by 0.260 seconds with a 1m36.027s lap that surpassed the pace set in free practice by over a second-and-a-half.

Andreas Estner and Joshua Mason made it four teams in the top four by qualified third and fourth for Van Amersfoort Racing and Double R Racing respectively. Estner later had his fastest lap deleted, dropping him from third to eighth.

CryptoTower’s Nazim Azman would have benefitted had he not had his fastest lap deleted too, meaning VAR’s Rafael Villagomez moved up to fourth ahead of Azman.

Double R’s Zdenek Chovanec was sixth despite spinning into the gravel at the first corner at the end of the session, and row four will now be filled by VAR duo Casper Stevenson and Estner.

Vivien Keszthelyi was ninth fastest for Motopark on what is her return to racing, and CryptoTower driver Filip Kaminiarz was 11th after also spending a year on the sidelines.

Drivex’s Formula 4 graduates Enzo Trulli and Enzo Scionti spent much of the session gaining mileage on a clear track as they aim to build experience, and ended up qualifying 10th and 12th.

This article was updated