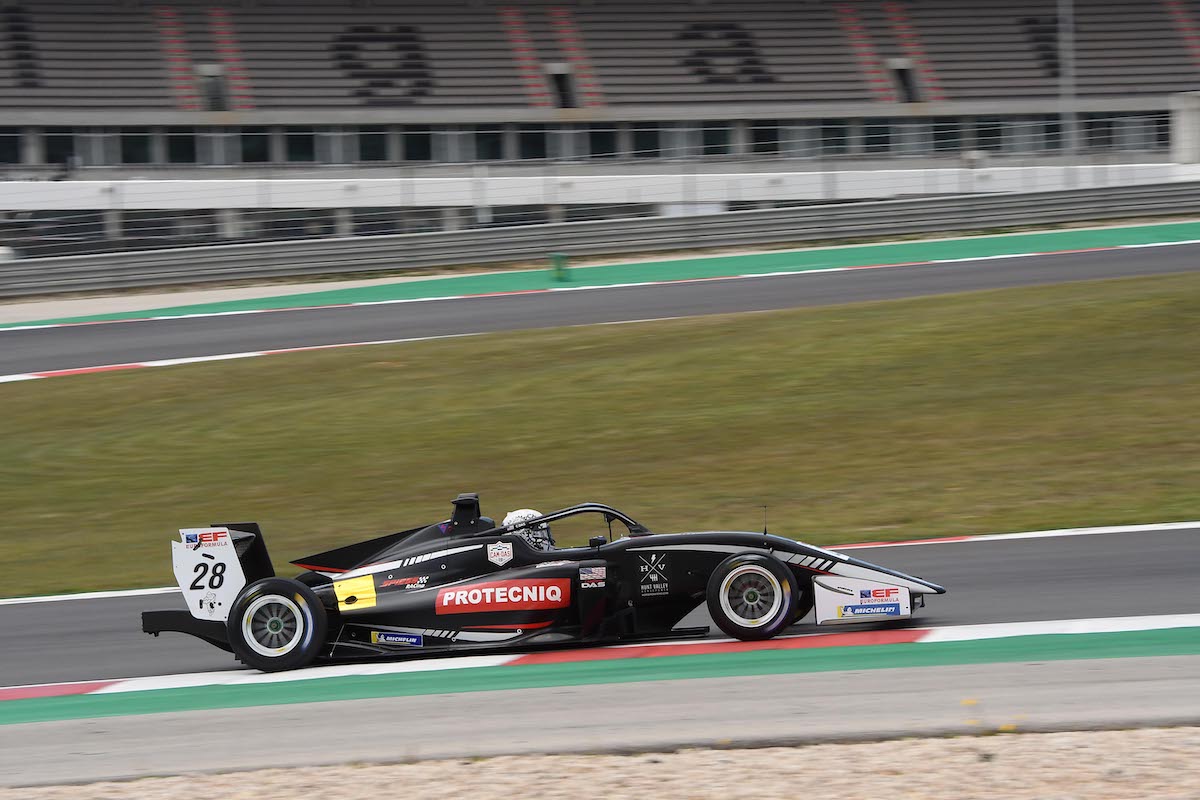 Cameron Das claimed a dominant win in the opening Euroformula race of the season at Algarve, on his 57th start in the series.

The American started the race in second behind CryptoTower Racing Team’s Louis Foster, who held onto the lead into the first corner. He then lost it two corners later at the Lagos hairpin, and after a lap of pressure Das then pulled away.

Over 19 laps he grew his lead to 9.476 seconds to take his first win since racing in the Toyota Racing Series in 2019.

Foster was unchallenged in second too, and third went to Van Amersfoort Racing’s Rafael Villagomez after he held off late pressure from CryptoTower’s Nazim Azman.

At first it was Double R Racing’s Joshua Mason who was in fourth, but he then went off and dropped down the order. He was able to recover to a distant eighth, behind a three-car battle for fifth that had VAR’s Casper Stevenson leading home Drivex School’s Enzo Trulli and VAR’s Andreas Estner – who qualified third but had his fastest lap deleted and had to start from eighth.

CryptoTower’s Filip Kaminiarz finished a lonely ninth, while a race-long battle for 10th between Vivien Keszthelyi (Motopark) and Enzo Scionti (Drivex) was decided in Keszthelyi’s favour after they traded paces several times.