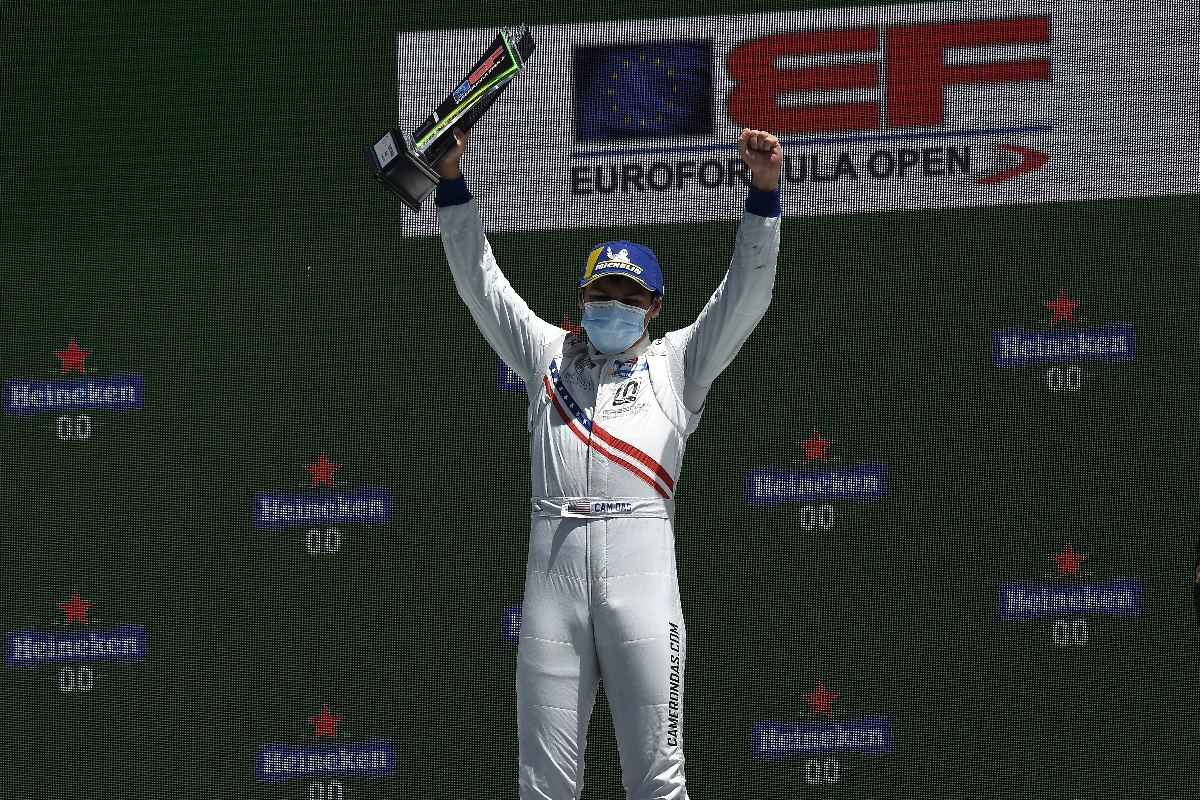 Cameron Das won Euroformula’s first ever reversed grid race from sixth on the grid, carving his way through for his second victory in a row.

The grid was set by reversing the order of the top six finishers from race one, which Das won, and it meant Drivex School’s Enzo Trulli started on pole and alongside Van Amersfoort Racing’s Casper Stevenson.

Both were jumped by CryptoTower Racing Team’s fast-starting Nazim Azman off the line, and the Malaysian led the first half of the race while Das strategically picked off the cars behind the leader by changing his line at the final corner to be closer to the car ahead down the pit straight.

He set fastest lap while rising up the order, an accolade that sets the grid for Sunday’s race if faster than the pace from race one, and the reaction from CryptoTower was to pit its drivers for fresh tyres to snatch back the point – and potential race three pole – earned for taking fastest lap.

It took a few laps of hounding Azman before Das made his move down the inside of the first corner, and then he pulled away to win and score two extra points for making up the most positions. Azman finished second, while Stevenson passed Trulli on lap one and then resisted race-long pressure from the Italian to complete the podium.

VAR’s Rafael Villagomez was a lonely fifth, and Joshua Mason came seventh after an intense battle with Double R Racing team-mate Zdenek Chovanec who later ended up in an exciting squabble for seventh with Drivex’s Enzo Scionti. The pair traded positions most laps, and it was Scionti who came out on top.

Vivien Keszthelyi finished on their tail in ninth place, while Filip Kaminiarz was the top of the pitters in 10th. Andreas Estner started from the pitlane, and visited it again during the race, and the VAR driver ended up finishing three laps down.

Louis Foster fared worse when he peeled into the pits at the end of the formation lap, spending a third of the race in the pits before going out on track then also choosing to pit multiple times in pursuit of fastest lap. In this case the Briton did trump Das’s best effort, and earned a point from an otherwise tricky race.