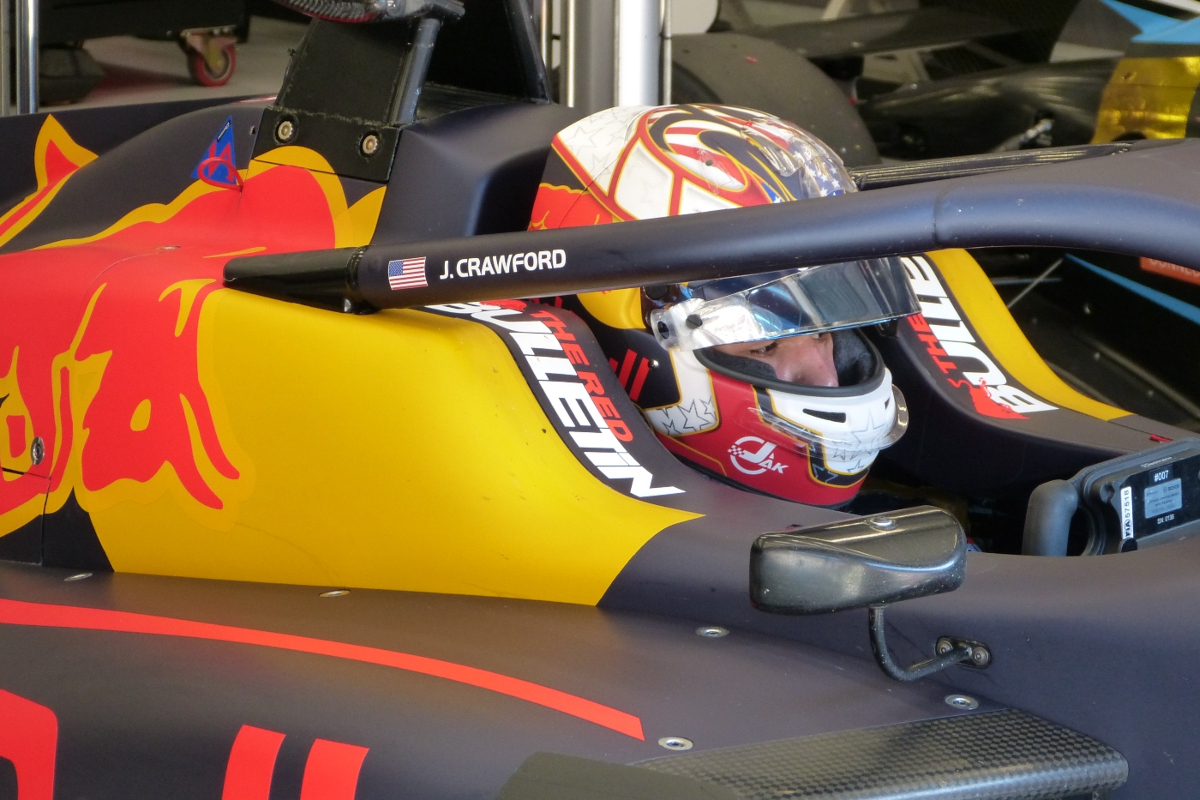 The grid for the third race of the Euroformula season opener at Algarve has been released, and it includes Jak Crawford now the American has turned 16.

Crawford was denied to entry to qualifying or the first two races on Saturday as a result of being underage and without the required international licence which he could only be granted on Sunday.

That hurdle was cleared with the United States’ ASN and with the FIA on his birthday in time for him to enter the paddock on Sunday morning, and the Euroformula stewards decided that despite not driving in any session this weekend Crawford would be eligible to start Sunday’s race having tested for several days at Algarve during winter in the series’ Dallara 320 car.

The Red Bull junior will start from 13th and last on the grid, while provisional poleman Louis Foster has now been pushed down to fifth by a four-place grid penalty.

Foster claimed pole by setting the fastest lap in race two, which also earned him a point, following a tricky start to proceeding when one of his brake discs exploded and he had to pit at the end of the formation lap.

He was unable to get on track for some time as CryptoTower Racing Team’s mechanics worked on his car, which included the penalisable infringement of refueling of the brake fluid when the replacement disc was put on.

As a result of the penalty, Van Amersfoort Racing’s Andreas Estner will start the race from pole and Motopark’s Cameron Das moves onto the front row. Das won the first two races of the weekend.