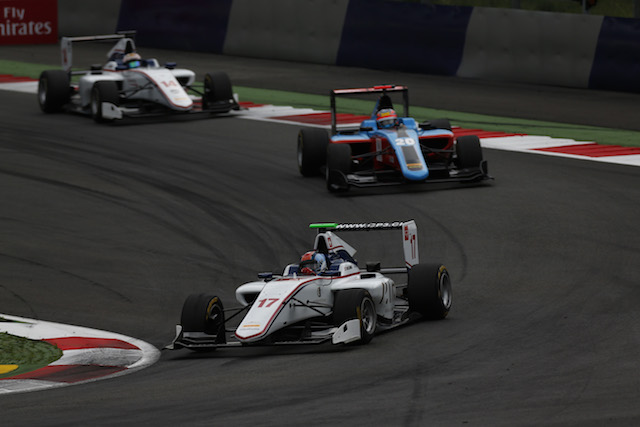 Niko Kari will race in GP3 at Spa-Francorchamps this weekend in place of?Ralph Boschung at Koiranen, while Oscar Tunjo returns with Jenzer.

Boschung, who scored his first win at Spielberg last month, says he has been forced to miss the Spa races due to “financial reasons” but will be in Belgium with the Koiranen team.

The 18-year-old Swiss driver has been replaced on the eve of the event by Finnish racer?Kari, who is something of a Koiranen protege having won the firm’s SMP Formula 4 series last year in his first season out of karts.

The 16-year-old is competing in European Formula 3 this season with Motopark as a member of the Red Bull Junior Team, claiming a second place finishes at the Hungaroring and and?Norisring and also?in the Masters of F3 race at Zandvoort last weekend.

While Boschung is forced onto the sidelines, fellow race-winner Tunjo returns having?been forced to miss the last three rounds with a lack of budget.

Arjun Maini remains in Tunjo’s old seat, but Tunjo has taken the car driven intermittently this season by Richard Gonda.