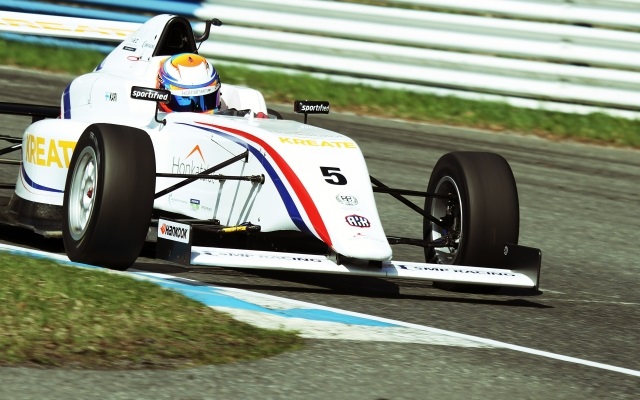 Niko Kari completed a Finnish hat-trick in the SMP F4 season opener at Ahvenisto after triumphing in the third race.

Starting from fourth, Kari quickly gained two places as pole-sitter Vladimir Atoev and winner of the previous races Aleksanteri Huovinen both had slow starts, putting him second behind Nikita Troitskiy.

The race was neutralized after an incident involving Artem Kabakov and when it restarted, there was only three minutes left on the clock.

Kari immediately made a move on Troitskiy at turn one to take the lead and built a gap of three seconds at the checkered flag.

Troitskiy had to settle for second, while ADAC F4’s Joel Eriksson completed the podium after a race-long battle with Atoev.

Nerses Isaakyan was fifth ahead of Huovinen, who couldn’t make up much ground after dropping three places in the beginning of the race.