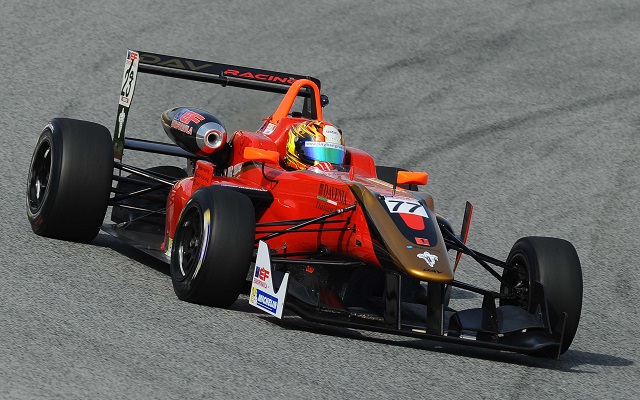 Chinese driver Kang Ling will continue to race in Euroformula Open with DAV Racing this year after stepping down from the FIA Formula 3 European Championship late last season.

After a full 2013 campaign in French Formula 4 and a nomadic 2014 that included appearances in Formula Renault, Formula 3 and GP3, the 18-year-old spent much of last year in European F3 with Mucke Motorsport.

Having claimed a best result of 20th, Ling’s programme ended after eight of the 11 rounds and he switched to Euroformula Open with DAV, contesting the Monza and Barcelona events.

He scored a 12th and 13th in Italy before a non-finish and another 12th at the Spanish circuit.

“I?ve been pretty impressed by him since the first time he came in our workshop, as I met an extremely professional driver despite his young age.

“He worked well with the team in winter testing, and I?m sure he?ll be on top right from February’s collective test.”

“I tried many times to finalise an agreement with Matteo Davenia during my previous tenure as a team manager for Ghinzani because he was a smart and talented driver,” Giandelli said.

“I see the same skills in Kang, so I?m sure this will be a really positive season.”

DAV Racing has lodged an entry for the FIA F3 European Championship for 2016 in addition to its Euroformula Open commitments.