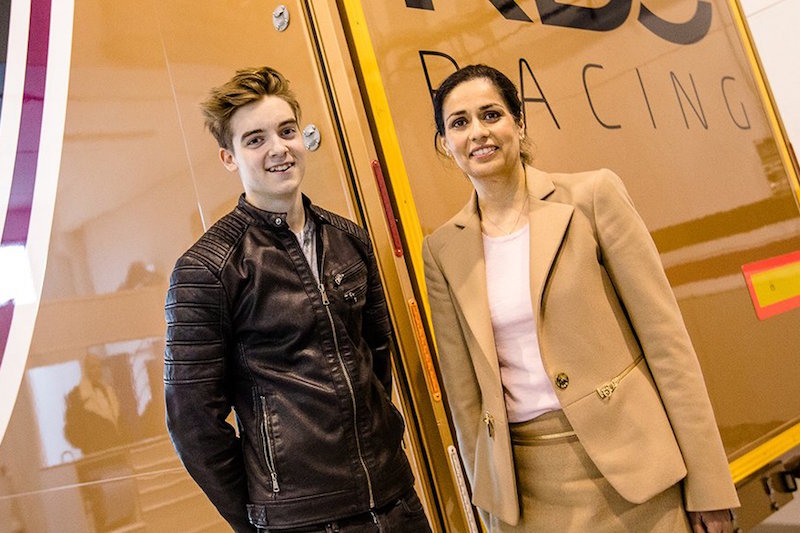 Russian teen Ilya Morozov will compete for the team in Italian F4 in his first season out of karts.

Morozov is already due to compete in the Northern Euorpean Zone F4 series this year, having been supported by SMP Racing in karts where he was?WSK Champions Cup title in OK Junior in 2017.

KDC has also confirmed that Aaron di Comberti (pictured above with Kaltenborn) will race for the squad in both the Italian and German F4 series.

Di Comberti’s mother Emily is a co-owner of the team along with Kaltenborn.

He previously contested a single round of Italian F4 at the start of 2016 with Bhaitech at Misano, before doing four rounds of BRDC British Formula 3 last year.

His team-mate in British F3 at Lanan Racing, Toby Sowery, has joined KDC in the role of test driver and topped the times in an Italian F4 test at Adria on Wednesday.

“I am proud to introduce Ilya as a very young and promising talent,” said Kaltenborn.

“He has shown good performance in karting and is now fully motivated to prove his skills in formula racing.

“Aaron is an ambitious young driver, and with a demanding test and race programme and professional guidance, we hope that he will make a big step forward in his racing career and show his talent with good results.

“Toby will be a valuable asset for the team and our young drivers, who can benefit especially from his advice on the set-up of the car: he drove at our first test in Albacete and contributed to a successful shakedown of the car.”

Tara Eichenberger, a 15-year-old Dubai-based Swiss driver who contested the World and European karting championships in 2016, has also been signed to a testing programme.

“It is our target to prepare her as a race driver for the next season,” added Kaltenborn.